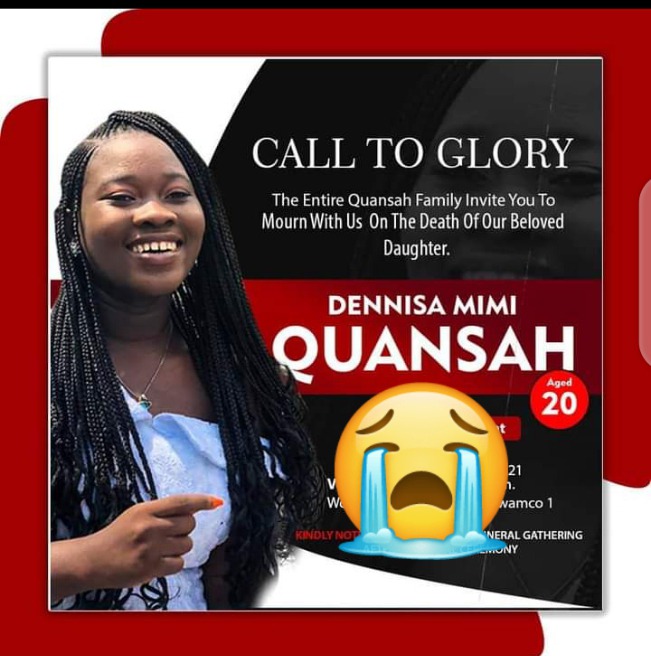 The death of twenty year old Dennisa Mini Quansah came as a very huge shock especially for the people living around Sekondi and its environs.

In this era and the modern days that the world has gotten to, young people that we perceive to be the future leaders should not be facing such untimely death, situations that have left families in deep sorrows.

Dennisa Mini Quansah who was in her early stages in tertiary fell ill for a while and according to some close relatives, the young girl was responding to treatment at some point.

Unfortunately, her situation later turned worse, and was later confirmed dead leaving the Quansah family in a state of shock and sadness.

Her final funeral right came off in the oil city at the Makarios Church word of life cathedral near wamco.

May the humble soul of the late Dennisa Mini Quansah rest in perfect peace.

Content created and supplied by: FelixBoansi (via Opera
News )