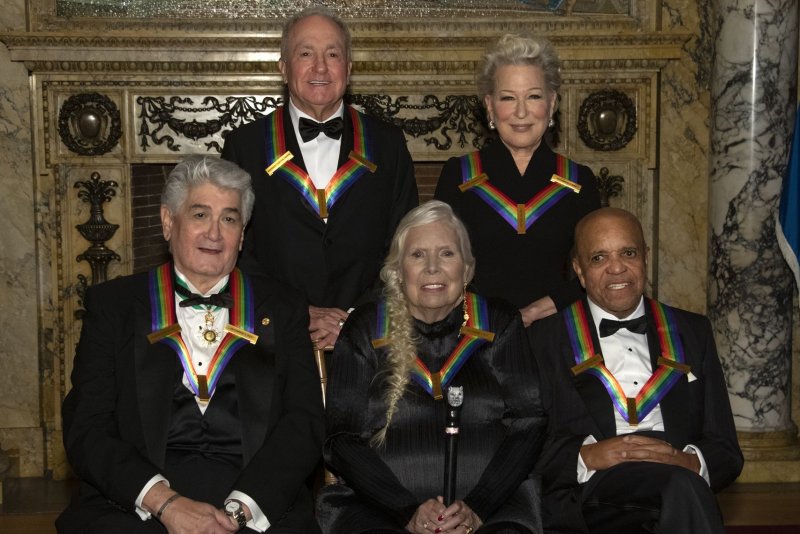 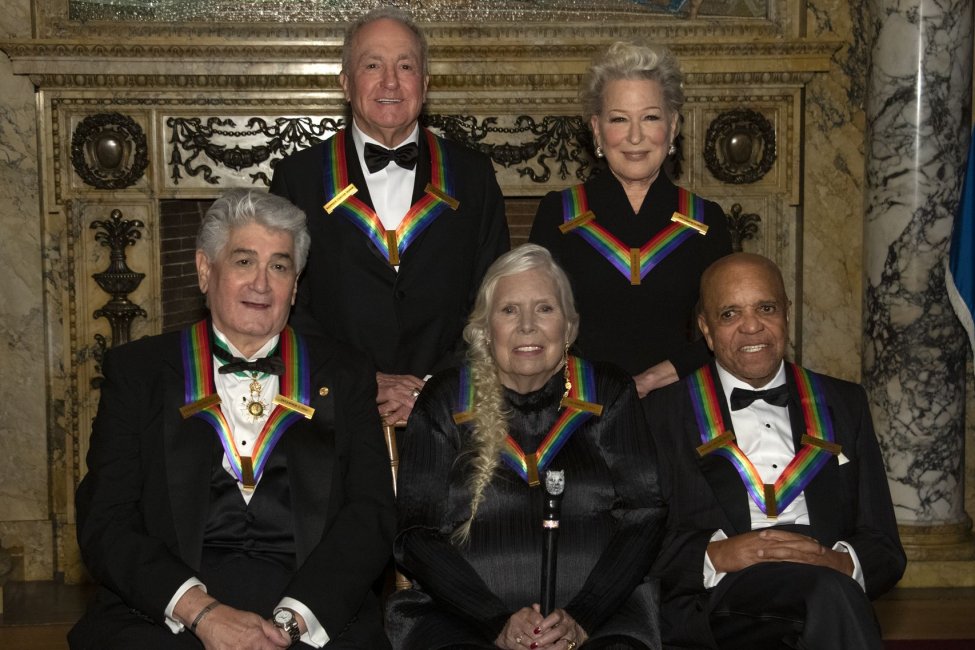 The recipients of the 44th Annual Kennedy Center Honors pose for a group photo following the Medallion Ceremony at the Library of Congress in on Saturday. Photo by Ron Sachs/UPI | License Photo

The event took place on Sunday at the Kennedy Center’s main opera house in Washington, D.C.

David Letterman served as the host. President Joe Biden and first lady Jill Biden were in attendance at the event, which honors lifetime artistic achievements. Former President Donald Trump had not attended the event during his four years in office.

The gala featured tributes and performances to the honorees that will be aired as a 2-hour special on CBS and Paramount+ on Dec. 22.

Midler received tributes from Goldie Hawn and Barbara Hershey along with a performance of her song “The Wind Beneath My Wings” by Billy Porter. Gordy received performances from Stevie Wonder, Smokey Robinson and Andra Day.

“I was mesmerized by the idea that someone would get up in a pool of light and be completely and utterly transformed. And that, when the light hit them, they had something not just to say — but something to reveal,” Midler said onstage.