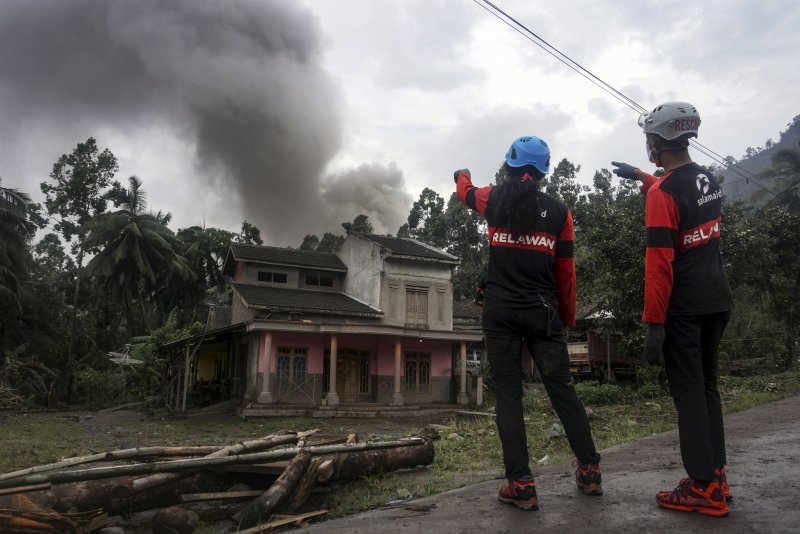 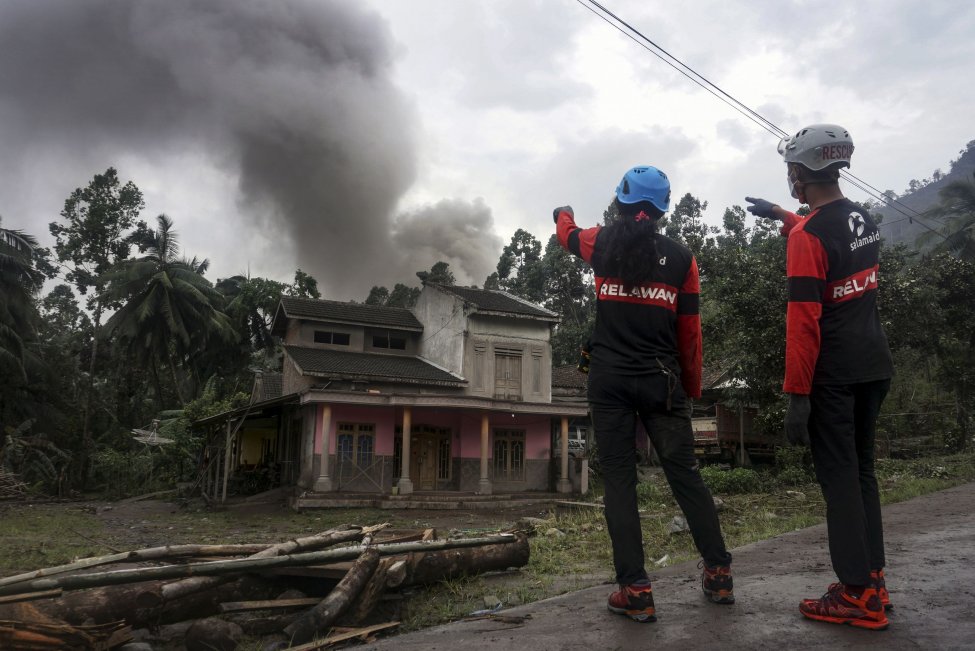 Officials in Indonesia on Sunday said that at least 14 people have been killed and 56 more have been injured after the Mount Semeru volcano erupted. Photo by Ammar/EPA-EFE

Dec. 5 (UPI) — At least 14 people were killed and dozens more have been injured after the Mount Semeru volcano in Indonesia erupted.

In a statement Sunday, Abdul Mihari, acting head of the Center for Disaster Information and Communication Data, said 11 people died in the Pronojiwo District while three more died in the Candipuro District.

Victims identified ranged in age from 14 to 50 years old.

An additional 21 injuries were reported Sunday, bringing the total of injured people to 56. Two pregnant women were among the injured.

Nine people remain missing and 1,300 people have been displaced, the agency said.

The volcano erupted on Saturday as Indah Amperawati Masdar, the deputy head of East Java’s Lumajang District, said lava flows destroyed the village of Curahkobokan and evacuation efforts were complicated by the destruction of a bridge connecting Curahkobokan to the nearby village of Pronojiwo.

Officials on Sunday said the situation near the volcano remained dangerous as there was a risk of pyroclastic flows — a mix of ash, rock and volcanic gases.

“We recommend everyone to increase their alert because the potential of pyroclastic flows threat is still high,” Cheif of the Mount Semeru Observation Post, Liswanto, told CNN. “It can happen anytime without any warning.”

People living within six miles of the volcano have been urged to evacuate, Liswanto added.

Ukraine's energy options limited in case of conflict with Russia