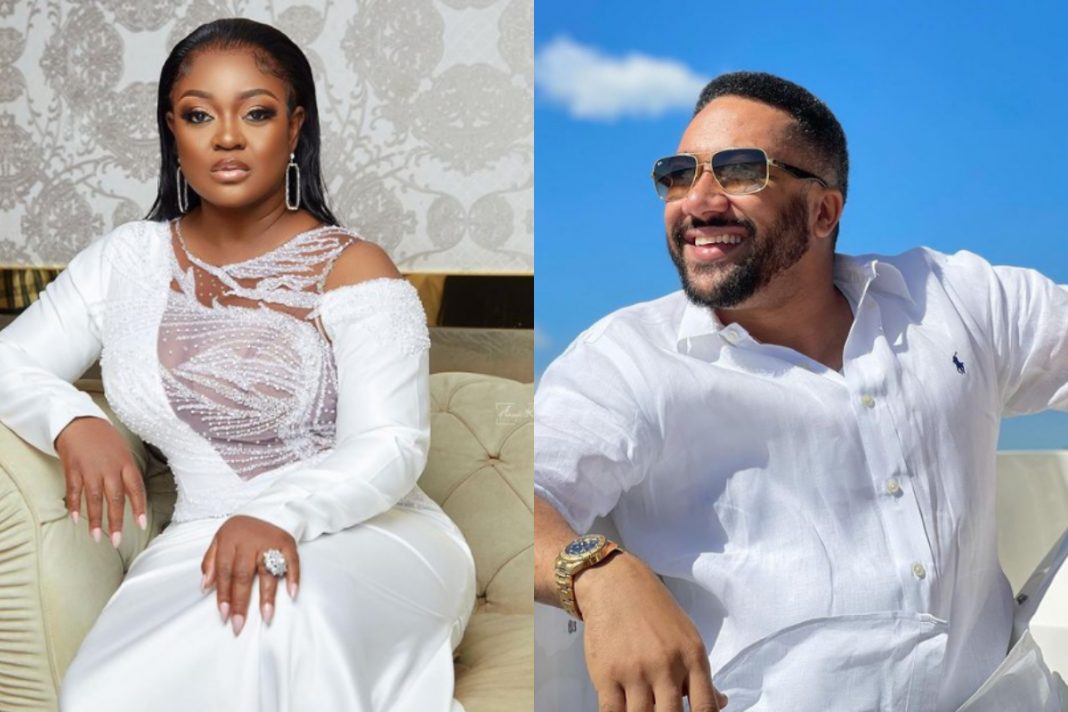 Ghanaian actor turned pastor, Majid Michel has taken to his social media to pen down a hilarious yet lovely birthday message for his colleague, Jackie Appiah as she celebrates her birthday today.

Earlier, the celebrated actress took to her social media to flood the space with some stunning photos of herself as she celebrates her birthday today.

The actress who has entertained Ghanaians for so many years with her outstanding acting skills got most of her fans and social media users expressing their admiration as she celebrated another year of fruitfulness.

Majid Michel who has collaborated with her in so many movies also took to his IG wall to celebrate the actress as she turns a year older today.

He wrote; Excuse me Grandma, please my friends are asking me, some are arguing and some are even fighting about what number to put on the cake, because the 60yr old woman amongst them is swearing that you used to hold her hands and walk her to school. The other older ones are saying since they were young they used to watch you on tv. So they are all confused about how very old you are. Pls clear the air for us ok? Thank you and May the Creator of Heaven and Earth, the Omnipresent and Omnipotent, the Beginning and the End, MAY HE, lift His hand upon you now and show you great and mighty things on this special Birthday! HAPPY BiRTHDAY @jackieappiah have a great, distinctive, admirable, incomparable, outstanding and magnificent birthday. stay pretty, God Bless you and i love you now and always. #LEADERSHiP