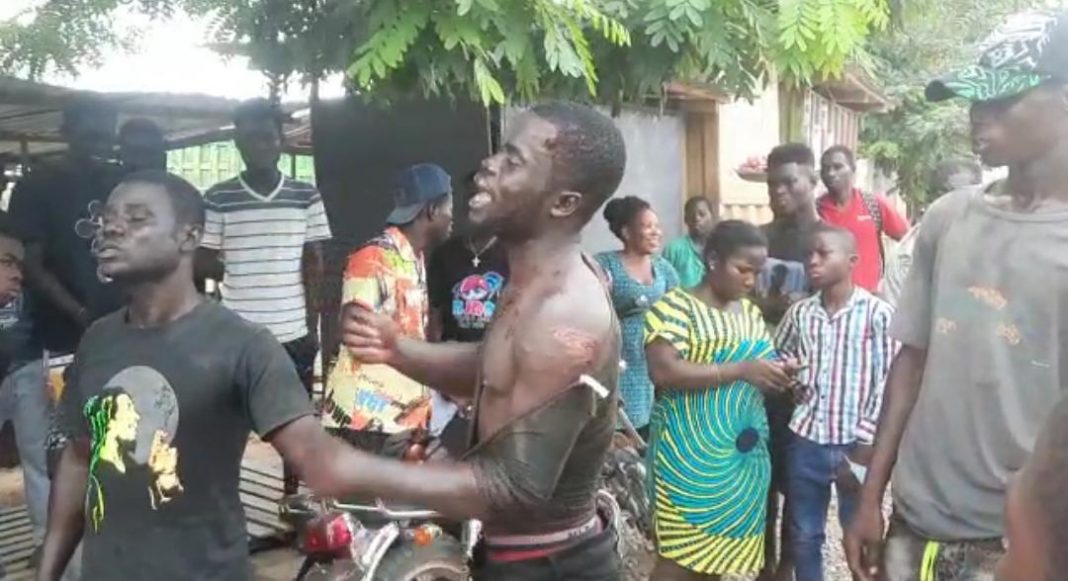 Two young men, believed to be in their late twenties, narrowly escaped lynching for stealing at Awutu Bereku, a district in the Central Region.

The two suspects, identified as Sampson Quaye and another simply known as Rasta, were caught red-handed stealing electric cables and other materials from an uncompleted building.

Information gathered at the scene indicated that the two have gained notoriety in the area and are suspected to be behind the theft of materials in 10 other houses.

The thieves fled the scene, but the swift response of some residents led to their apprehension.

They would have been lynched but for the timely intervention of some youth who suggested they be handed to the district police officers.

The suspects have been sent to the Awutu Bereku Health Centre for treatment due to the nature of their wounds but under strict supervision.