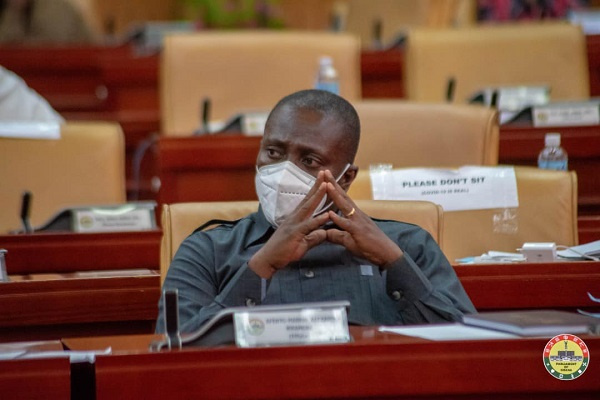 Member of Parliament for Effutu and Deputy Majority Leader, Alexander Kwamina Afenyo-Markin has appealed to the public to identify MPs who misconducted themselves on the floor of the House and shame them.

Recent events rolling from the purported rejection of the 2022 budget, purported recission and approval of the same and a move to reverse the approval culminated in near-violent scenes on December 1, 2021; the day after the Majority approved the budget.

Parliament’s Public Affairs Directorate has issued an official apology, a cross-section of Ghanaians have expressed disappointment and a number of MPs have themselves publicly apologized for the scenes.

Speaking on the issue on Saturday, December 4, 2021 edition of Joy FM’s News File programme, the Deputy Majority Leader points out that the way forward is to fish out violent MPs and shame them.

“People are talking about Parliamentarians embarrassing themselves and all that. I would urge the public to strongly, especially the media call individuals out. Look, I am really tired of the verbal abuse. They have been abusing us always, the NDC side. Get the tapes.

“That day (December 1, 21021), Joe Osei-Owusu, insults upon insults. We will be quiet and watching them?” he quizzed before alleging that some NDC MPs appeared like they were calming tensions but they rather stoked and incited others to aggress colleagues on the other side.

“They will incite and pretend that they are calming. And if the media pays attention to movement and posture, you will know, that those are the real evil beings in the chamber.

“Because you go incite another member of Parliament, go and beat somebody, then you walk out of the chamber as if you are an angel…your situation is even worse and we know them,” he added.

Afenyo stated that the First Deputy Speaker of Parliament had been ‘marked’ for assault by some Minority members, adding that he sometimes feared for his life whiles in the Chamber.

The First Deputy Speaker who presided over the session that was suspended following a ruling the Minority did not like, has, however stated that he feels safe in the house and has no fear that he would be attacked.