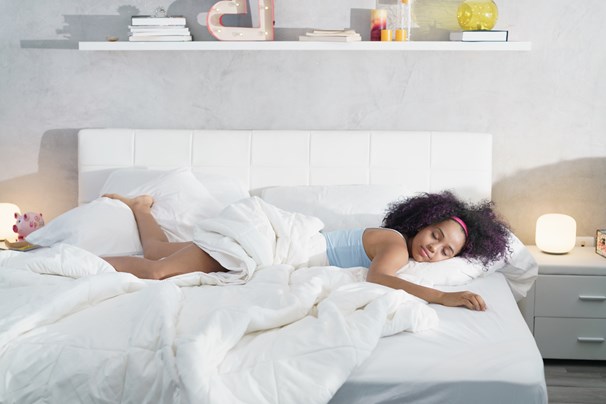 Sleeping with your phone close to you can be hazardous to your health.

Smartphones have been proven to emit dangerous radiation which causes an alteration in the system of certain self –regulating the process, such as our biological clock or cardiac rhythm.

Owing to this, having our cell phone near us while we sleep can lead to nightmares, inability to sleep, waking up several times at night, etc. As a matter of fact, it can even damage your brain.

Furthermore, sleeping with your phone near you can be harmful to your body functions and tend to limit the production of many significant hormones that are essential for your regular routine.

As affirmed by WHO: Electronic devices, in general, are bad for the body because they produce toxic effects that can increase the chances of developing cancer.

Read on to see some health implications of having your cell phone close to you while you sleep:

Generally, mobile phones emit radiation due to transmission signal around 900MHz. Owing to this, keeping cell phones close to the head for prolonged periods can lead to headaches, muscle pains, and other complicated health issues.

Although people tend to keep their phones close to them while they sleep for different reasons, it is, however, better to be safe than sorry.

LED screens, which includes cell phones, tablets, TVs and other gadgets, give off blue light; a type that studies have suggested to impede the production of the sleep-inducing hormone melatonin and disrupt our circadian rhythms.

Although the reason for this is yet unknown, it may be because blue light emits wavelengths similar to daylight, which can deceive our bodies to think that it’s daytime, at any time.