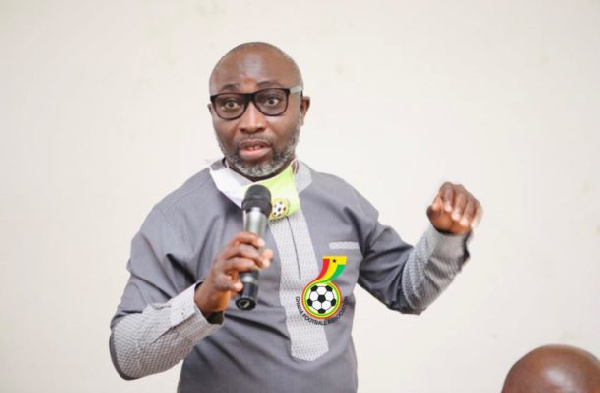 This comes after FIFA dismissed a frivolous protest that was lodged by the South African nation which was born out of sour grapes more than substance.

South Africa after lodging the protest held a press conference where SAFA President Danny Jordan among other cohorts lambasted the Senegalese referee N’diaye Maguette, Ghana and even roped in Ghana’s President Nana Akufo-Addo among others.

Lawyer Prosper Harrison Addo has in an interview with Light FM taken a swipe at the clueless SAFA for trying to frustrate Ghana with their baseless protest.

“The South African football Association knows nothing in football and this case clearly shows how incompetent they are, they want to frustrate Ghana and we are focus about the Afcon and the FIFA world Cup play off” he told Kumasi based Light FM.

According to FIFA, the protest is inadmissible and did not meet the requirements under article 46 and 14 of the FIFA disciplinary code and regulations of the preliminary competition of the 2022 FIFA World Cup.

As such there will be no replay as was being demanded by South Africa after losing to Ghana.

The Black Stars defeated the Bafana Bafana of South Africa by a lone goal to secure the only slot in group G for the play offs of the 2022 World Cup.

Ghana had a penalty after Daniel Amartey went to ground in the penalty box following a challenge from Rushine De Reuck although it appeared soft there was a nudge in the back of the Leicester City defender.

The Senegalese referee Ndiaye Maguette who was standing just a few meters outside the penalty box swiftly awarded the penalty without any second thought.

FIFA urged the two Associations that is Ghana and South Africa to present any comments or evidence it deems appropriate latest by 20th November 2021 as they referred the protest to the FIFA Disciplinary Committee who began their work on 23rd November,2021.

Chief Executive Officer of the South African Football Association (SAFA), Tebogo Motlanthe said that the final game in the 2022 World Cup qualifier against Ghana was a fixed match.

He therefore called on world football governing body FIFA and the Confederation of African Football (CAF) to probe the match which was played at the Cape Coast Stadium.