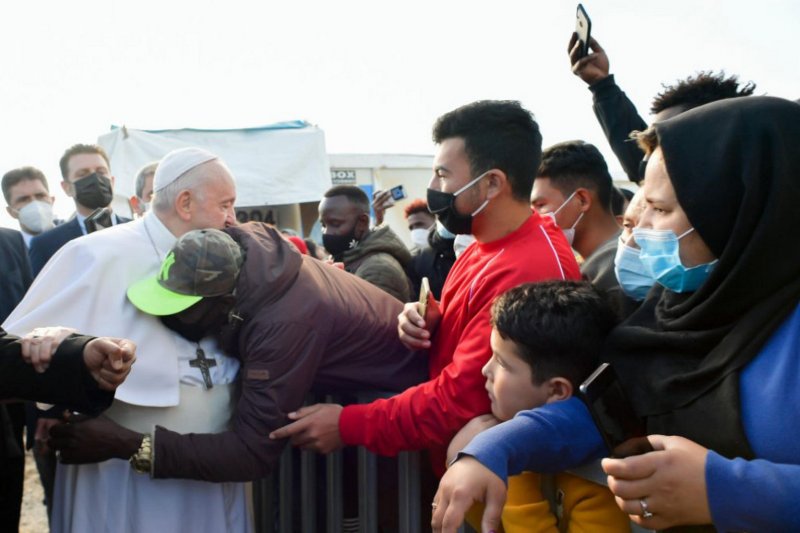 Dec. 5 (UPI) — Pope Francis visited refugees in the Greek island of Lesbos on Sunday as he called on nations in Europe to take in asylum seekers.

Speaking to several dozen migrants in a white tent, Francis said that progress on immigration has been “terribly absent,” adding it was an “illusion” to believe society could protect itself without offering help to those who “knock at our door.”

The pope thanked the residents of Lesbos for welcoming refugees and walked along the streets of the camp lined with storage containers that house the refugees.

“Please let us stop this shipwreck of civilization!” Francis said.

He added that “we are living in the era of barbed wire and walls” but the COVID-19 pandemic has shown that “we are all in the same boat.”

“Let us stop ignoring reality,” he said.”Stop constantly shifting responsibility, stop passing off the issue of migration to others.”

Pope Francis last visited Lesbos in 2016, when he brought 12 refugees with him aboard the papal Alitalia jet back to the Vatican.