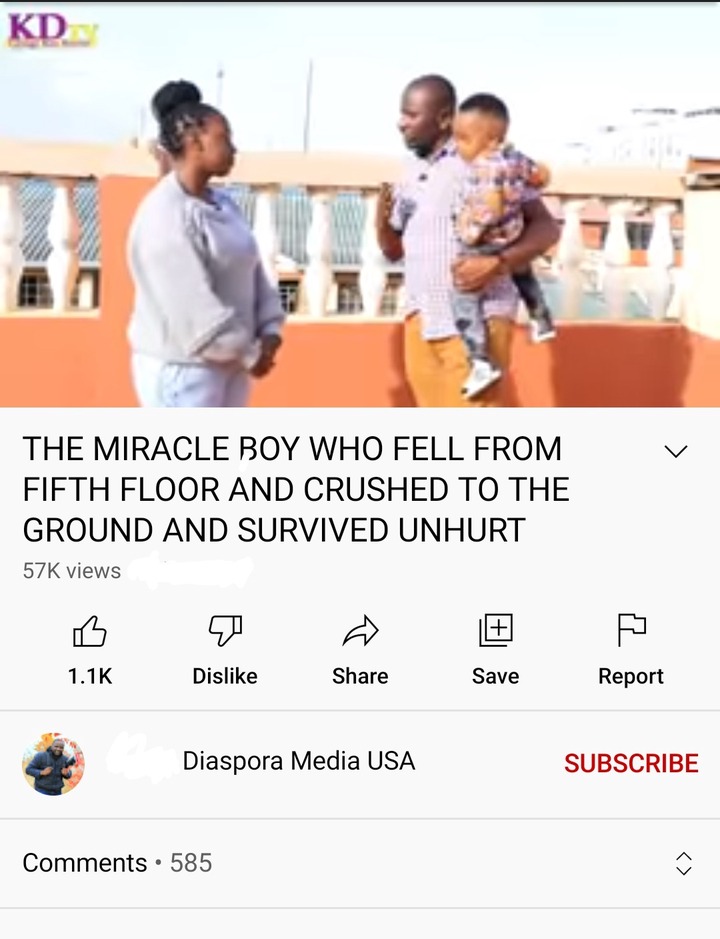 According to video making waves on social media a woman who goes by the name Felicia Nungari was unable to control her tears of joy after her son who is only 2-year-old survived unhurt after he fell from a fifth floor and crushed on the ground.

According to the video people were thanking God saying it was in deed miracle and God that preserved the little boy who fell from 5th floor this happened in Kenya. When journalist came and held the said boy and interviewed the mother who thought she lost her son not knowing he still alive.

The little boy’s name is Jayson was playing alone outside that fateful day, and Felicia heard her son weeping and screaming out her name after a few minutes, so she instantly hurried to check on him.

seeing her child dangling from the wires, Felicia states that her world fell apart. She said she was holding the rope screaming for help she wanted to jump and save her son before he fell from the wire her heart ripped off her chest. 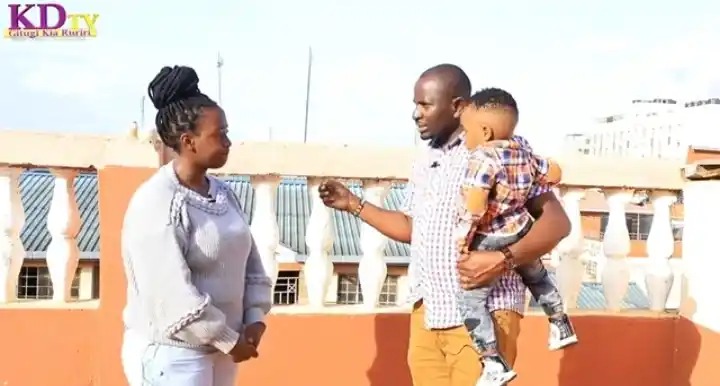 In her mind she already lost her child she was crying came down and found out a neighbor already rushed him to the hospital. She said when she got to the hospital found her son alive she said this must be a miracle. Her child was discharged after a week and with no serious injury. 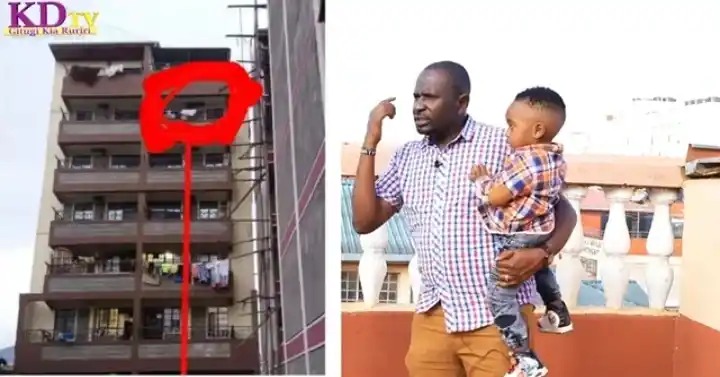 Jayson was a miraculous baby because not many children can withstand what he went through, yet he did so without breaking a bone. Do you think this is miracle? Can someone fall from 5th floor still alive and unhurt?