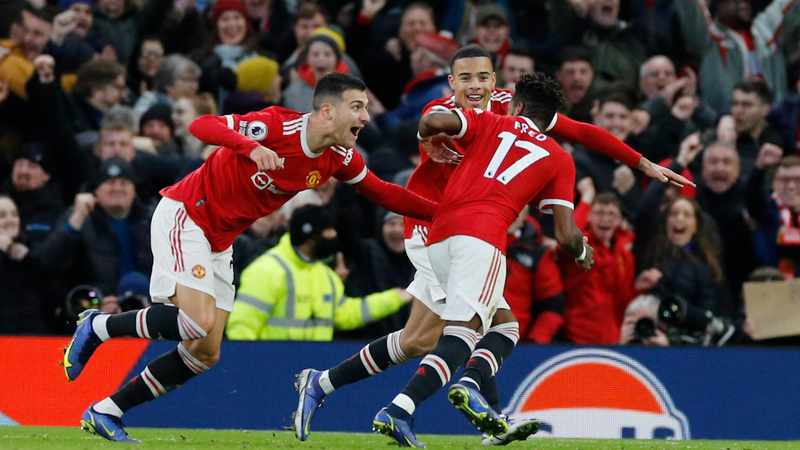 Manchester — Manchester United and Tottenham Hotspur continued their recoveries from poor starts to the season with victories in the Premier League on Sunday.

United, with German manager Ralf Rangnick in charge for the first time, beat Crystal Palace 1-0 at Old Trafford thanks to a late goal from Brazilian midfielder Fred.

The Reds have not lost in the three league games since Norwegian Ole Gunnar Solskjaer was dismissed following the 4-1 defeat at Watford.

Manchester City lead the Premier League on 35 points with second-placed Liverpool on 34 points and Chelsea, who suffered a 3-2 defeat at fourth-place West Ham on Saturday, in third place on 33 points.

Spurs are fifth on 25 points with United one place and a point behind.

United had struggled to create clear chances against Patrick Vieira’s well-organised Palace side but the frequently maligned Fred beat Vincente Guaita with a wonderful strike from the edge of the box in the 77th minute after being set up by substitute Mason Greenwood.

Palace should have gone ahead minutes earlier but Jordan Ayew missed from point-blank range at the back post after James Tomkins had headed down a corner.

United held firm against some late Palace pressure, leaving Rangnick pleased with what he saw from his debut on the bench at Old Trafford.

“We need to keep clean sheets. With just the one training session, I was really impressed. We did much better than expected,” he said.

An early goal from Lucas Moura and two after halftime from Davinson Sanchez and Son Heung-min ensured the three points for Spurs.

Moura gave the home side a 10th-minute lead with a shot from outside the penalty area that proved as impressive a finish as the slick build-up that led to it.

Sanchez thrashed home a loose ball from close range from Son’s corner to double the lead after 67 minutes and effectively snuff out some enterprising passages of play from struggling Norwich.

Ten minutes later Son held off the visiting defence to work himself into position and smash the ball past Tim Krul in the Norwich goal.

Sergi Canos and Shandon Baptiste had put the Bees 2-1 up at Elland Road.