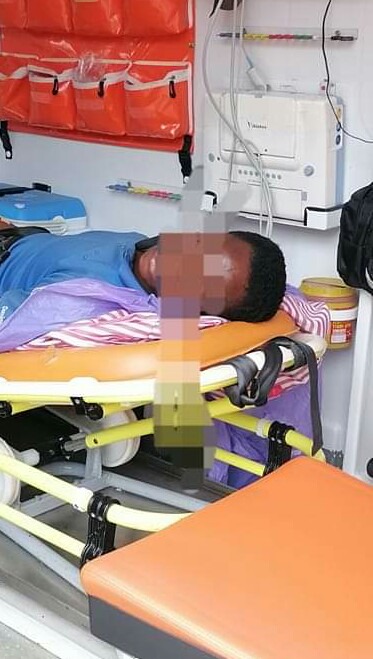 Owuredu Kelvin, 28, the street preacher who has been preaching at Krofrom market and taxi station has been confirmed dead after he was rushed to the hospital yesterday afternoon. OK, known by the people of Krofrom as Osofo OK, was lifted by an ambulance at 2 PM yesterday to the Abrafi Hospital before he was referred to the Suntreso Regional Hospital where he was confirmed dead last night.

OK, had suffered from bone fractures and broken bones from his back, right legs and two hands when he was taken by the ambulance. It took the intervention of plywood before he was able to be lifted from the accident scenes into the ambulance stretcher but he still couldn’t make it after all this carefully rescuing.

While others were blaming the first responders for keeping long waiting for the ambulance, others congratulated them for doing the right thing. OK was kept laying at the accident scene from 1 O’clock he was hit by the taxi to 2 O’clock the ambulance arrived at the scene of the accident. 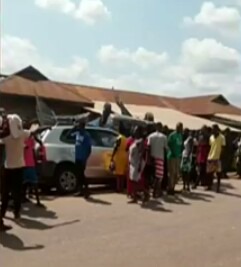 While others were crying for a normal taxi or car to carry him from the floor, three pedestrians at the accident scenes, all health workers denied the first rescuers the chance to lift him from the floor on the account that, he will die instantly if they touched him wrongly or lifted him without medical guidance.

We have special people for this kind of accident and any mistake will kill him, Anthony Owusu, one of the health workers on the spot of the accident argued before the arrival of the ambulance. We held onto our medical training and forbid anyone to touch him because his survival was limited and any attempts to rescue him without the appropriate medical training, will kill him even before he got to the hospital, Anthony said after the accident.

Despite all the medical guidance used in picking the broken OK from the floor, he still could not survive the accident as he was pronounced dead at Ten-twenty last night at the Suntreso Regional hospital. The cause of death is still unknown but many believe it is the accident, that caused his death. OK (Owuredu Kelvin), was preaching his gospel to the people of Krofrom when a taxi crashed him from behind yesterday afternoon.

The taxi which was driven by Frimpong Daniel, 37, was heading to Fumesua on a hired job when OK crossing the road while preaching, was hit by the taxi. Many blamed OK for preaching while crossing the road to the other side. Others also blamed the holy spirits for calling him to the kingdom of God at such age. Everyone has their way of dying, and this is his own way of dying for God. He has finished his mission on earth and needed to die a saddened death to awake the glory of God, one of the market women stated even before OK was taken to the hospital. 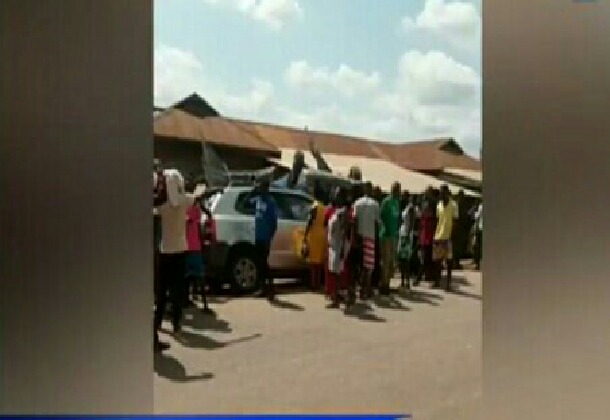 The family of Owuredu Kelvin; Osofo OK, has not pressed charges against the taxi driver, Frimpong Daniel despite knocking OK down. Though Daniel is still at the Krofrom Police Station and it is unclear whether he will be subjected to OK’s death or granted bail as the family fails to press charges against him.