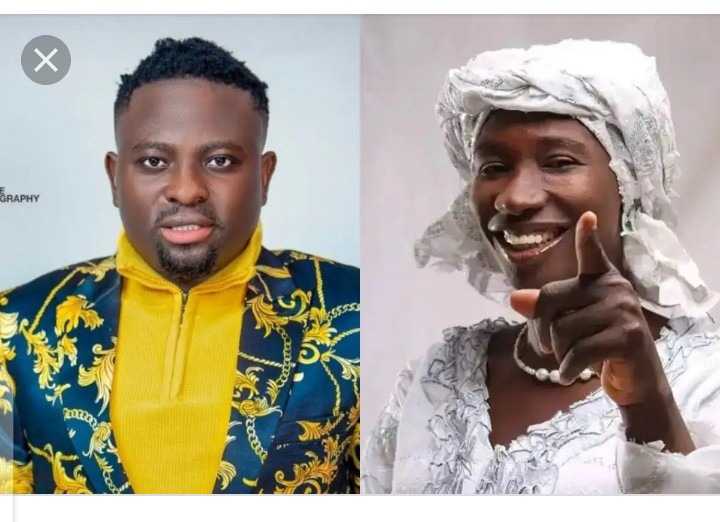 Entertainment in recent time Ghana had become a source which when somebody is in worry or a state of depression can become relieved.

Popular musician Cecilia Marfo who has become a trend on social media in her recent worship she had with her backing vocalist who is nicknamed Fire. In this worship she told fire to go back a bit so that he could also sing and she said “Fire ko wakyi kakra” . Cecilia Marfo had interview with a popular radio and Tv presenter Abeiku Santana yesterday 04.12. 21 at 5.00pm on a popular TV show Atuu on UTV and it was a nice moment they shared together with their viewers.

On the show Cecilia Marfo was asked certain questions which made her bumped into tears. Abeiku asked Cecilia Marfo her take in what a popular musician Evangelist Diana Asamoah said about her that the spirit she uses to operate is not a genuine spirit that it’s that spirit which makes her behave abnormally and this made her cry out her heart on the show.

Abeiku Santana surprisingly did something and it put Cecilia Marfo and even viewers back at home into astonishment by inviting popular musician Brother Sammy who had beef with this Lady musician sometime ago onto the show and it was a great time they had together.

Content created and supplied by: Freshguy1 (via Opera
News )