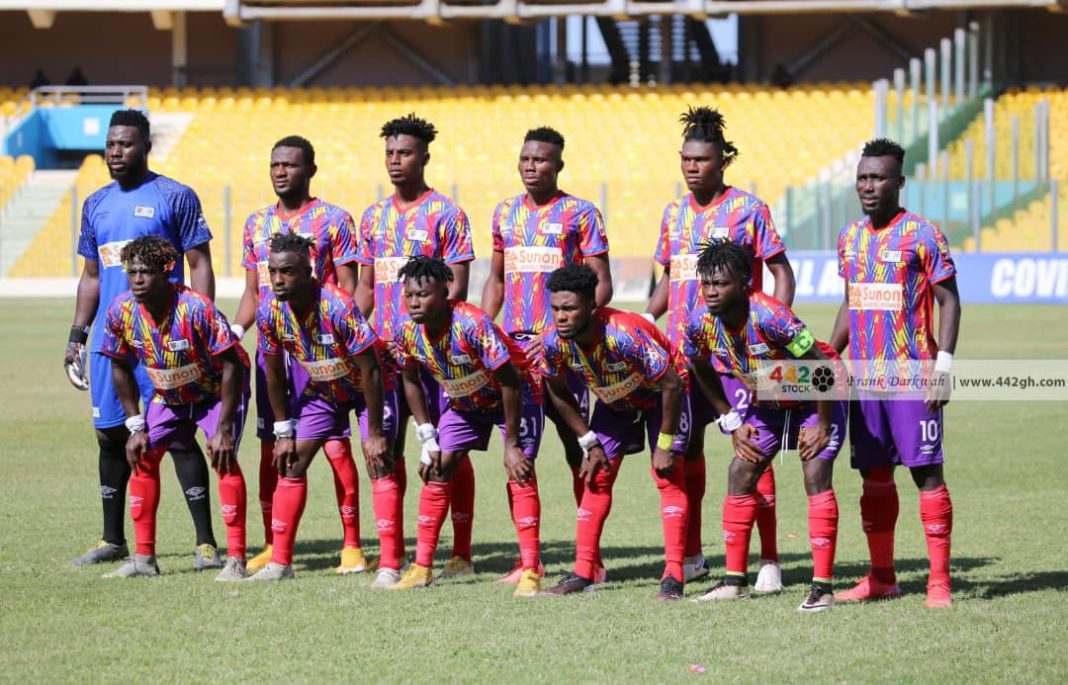 Hearts of Oak’s hope of playing in the group phase of the CAF Confederations Cup has been crashed out after losing 4-0 to JS Saoura.

The reigning Ghana Premier League champions were hosted by the Algerian side in the second leg playoffs.

The Phobians last weekend defeated the opponent 2-0 at the Accra Sports Stadium when the first leg of the tie was played.

With that advantage, Hearts of Oak were hoping to avoid a humiliating result to advance to the group stage of the CAF inter-club competition.

Unfortunately, a disastrous performance from the Phobians has seen the side losing 4-0 at the end of the 90 minutes.

The result means that Hearts of Oak have been defeated 4-2 on aggregate by JS Saoura and hence cannot progress to the money zone of the CAF Confederations Cup.

The Ghanaian giants will return home and turn attention to the Ghana Premier League where they are yet to record a single win after playing four matches this season.