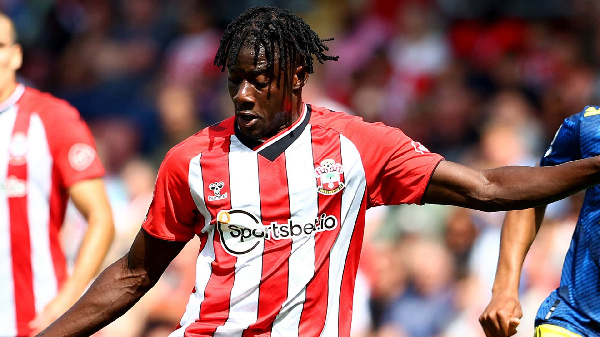 While Salisu manned the centre-back spot for Southampton, Lamptey was in good form for Brighton at right-wing-back in the match week 15 fixture at St. Mary’s Stadium.

Armando Broja scored first to give The Saints a first-half lead at home but Neal Maupay struck late in injury-time to salvage a point for The Seagulls, who hold ninth position on the league table.

Ralph Hasenhuttl’s side, meanwhile, are 14th on the log.

Broja broke the deadlock in the 29th minute, chipping the ball over goalkeeper Robert Sanchez when they went one-on-one after Nathan Redmond set things up for his fourth assist in consecutive home games.

Southampton looked headed for a win until the eighth minute of injury time when they broke down as Maupay volleyed a shot into the net after Jakub Moder delivered a fine ball into the box.

Salisu lasted the entire duration of the game for what was his 15th league appearance of the season.

In the 79th minute, he picked up a yellow card.

Lamptey, on the other hand, went off just a little after the hour mark for Brighton, his place taken by Solomon March.

“The character of the team was fantastic and it was an incredible effort to come away with a point,” Brighton boss Graham Potter said after the game.

“The league is so competitive, nobody gives you anything so for us to have only lost three games this season is something for us to be happy about.”

Both Salisu and Lamptey are on the radar of Ghana as the Africa Cup of Nations tournament in Cameroon beckons.

The former could be handed a second Ghana call-up as the Black Stars name their squad for the January 9 to February 6 tournament, having turned down his first invitation for fitness concerns and since made himself unavailable for national duty.

Lamptey on the other hand currently plays for his country of birth England at U21 level, but remains eligible to turn out for the Black Stars due to his Ghanaian parentage.