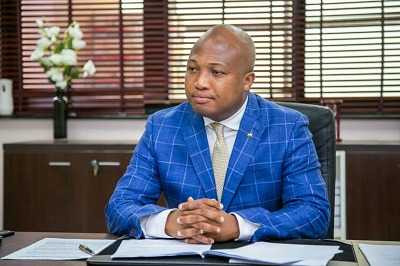 One of the elements in the 2022 Budget which has called for hot arguments and debates among the Ghanaian populace is the Electronic Transaction Levy (E-levy) which is pegged at 1.75%. There were recently reports that the 1.75% had been reduced to 1% but many are still pushing for more – scrapping of the levy.

During the week, the Member of Parliament for North Tongu Constituency, Hon. Samuel Okudzeto Ablakwa has spent his time to educate the public about the hidden agenda behind the E-Levy. The North Tongu MP has called for the support of all to push for the levy to be removed from the 2022 Budget. Hon. Ablakwa once again backed his argument with another detailed analysis. To explain clearly how huge the amount budgeted to be given to the special company in charge of the E-levy (e-Transaction Levy Services) was, the Honorable Member compared the amount allocated for the special company to that allocated for individual ministries.

The amount allocated to be given to e-Transaction Levy Services (GH¢ 241,933,000) is almost twice as large as the amount allocated for the Ministry of Information (GH¢ 151,896,000) and 30 times bigger than the funds allocated for the Ministry of Parliamentary Affairs (GH¢ 8,111,000). Hon. Okudzeto Ablakwa described this as a “create, loot and keep booty” scheme. He further stated that the allocated funds for e-Transaction Levy Services far exceeds individual allocations for 20 cost centres which he outlined. He concluded stating that the E-Levy is cruel and as such all attempts must be made to defeat it and foil the e-Robbery plan of government. 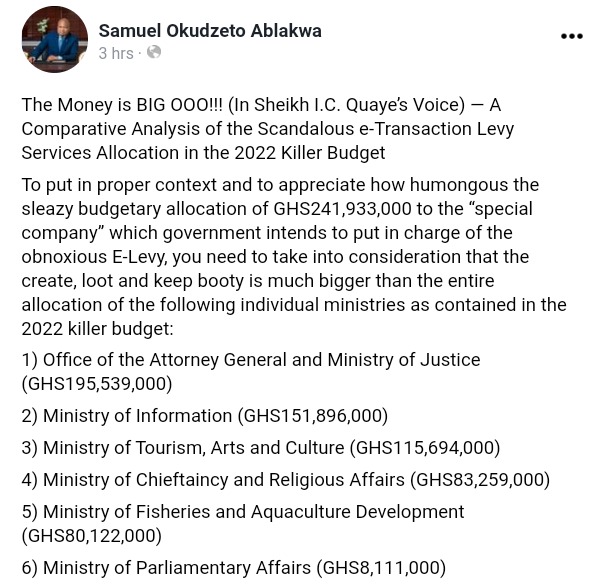 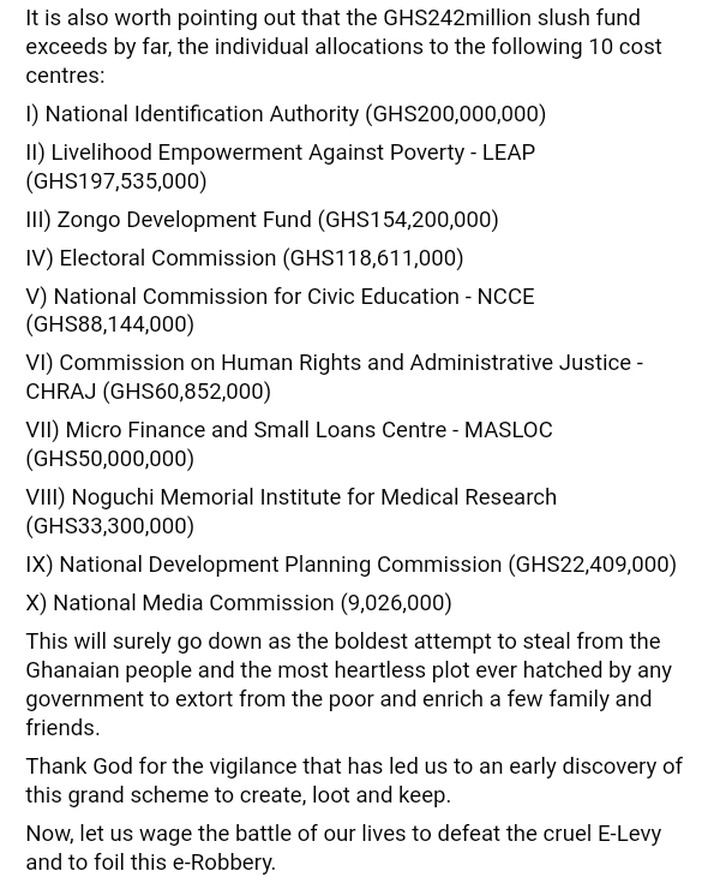 How can the budget allocation for a single company be far bigger than that for a whole ministry? What is your view about the E-Levy? Should the 1.75% E-Levy be reduced? Should the Levy be scrapped? Share your thoughts with us in the Comments section below.