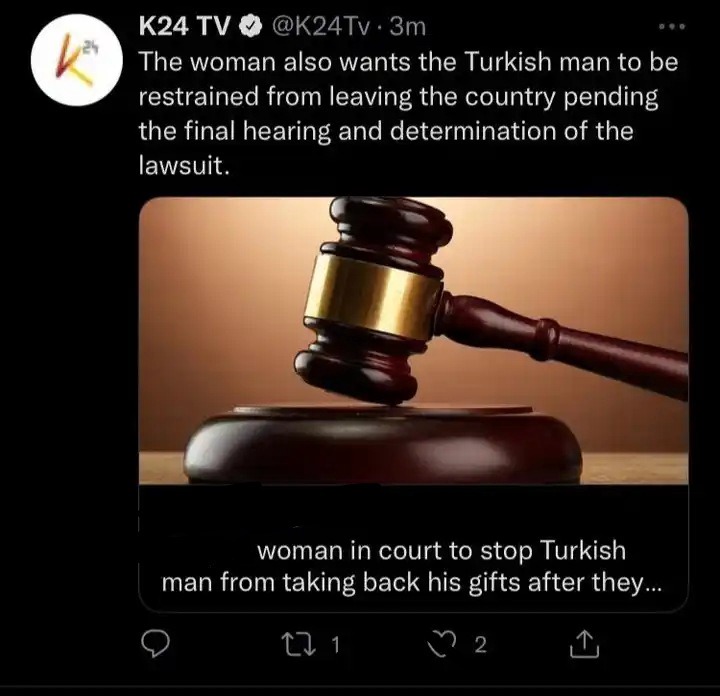 A Woman leaves people shocked after going to court seeking compensation when lover took back his gifts after they separated.

Ruth Oluoch, who has been identified as the lady who met Gregory Ndege a few months ago, claims that they started dating and even planned their wedding, which ended abruptly after the woman unexpectedly broke their relationship. According to reports, she discovered that her ex-boyfriend was married to another lady and had two children with her new spouse.

Ruth stated in her own words that she and Gregory began dating shortly after meeting, and that Gregory pretended to be unmarried and even lied to her about wanting to marry her. However, after more research, she discovered that Greg was married and chose to split up with him at this time.

A dramatic incident ensued when Greg, who was now enraged, confronted the narrator. Reports say that after visiting her residence, he gathered up all of the items he had purchased for her and returned home. Once Ruth realized what was going on, she took action in an effort to stop him from departing the country with her stuff.

“As soon as we first met, he assured me that he was unmarried and eager to settle down with a woman of my choice. I broke up with him after discovering that he had a wife and children back home in his own country. As a result, dad has given away most of the possessions he acquired for me since that time “She remarked that, 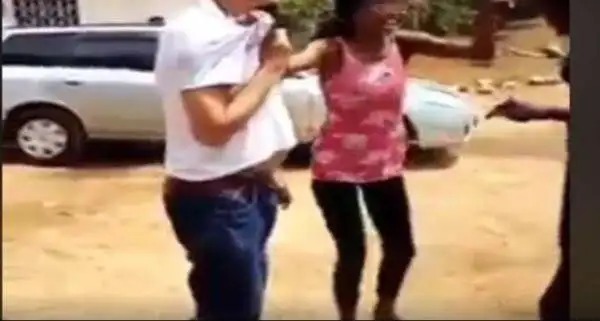 Debates on whether or not one should take goods from their ex-partners following a breakup have been ongoing for the past few months.