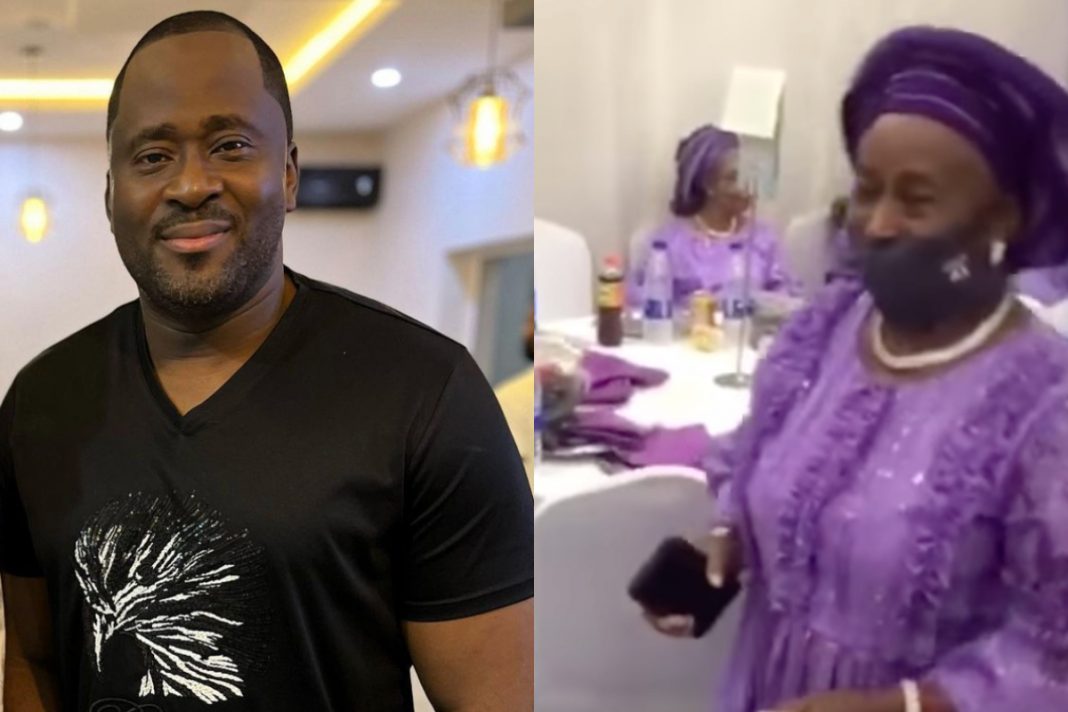 The renowned movie personality shared the video on his verified social media handle on the popular social media platform, Instagram.

In the video he shared, his mother was really dancing her heart out and as a caption to the video, he wrote;

Days ago, he corrected a statement he made about social media during the EndSARS protest that got him dragged saying he was never against social media influx.

Desmond Elliot during the EndSARS protest was dragged for saying social media should be regulated because kids of today don’t have respect for their elders on the app and now has disclosed that he was never against social media in any way.

According to him, he has no problem with people using social media for whatever they want but where he has a problem is when you write or say something that might harm another and in a case where it’s a lie that will tarnish the image of the other.

Desmond Elliot corrected his statement that seems to have been taken out of context saying he has no issues with social media but his problem is when one party says or does something that will harm the other asking what they will do about that.