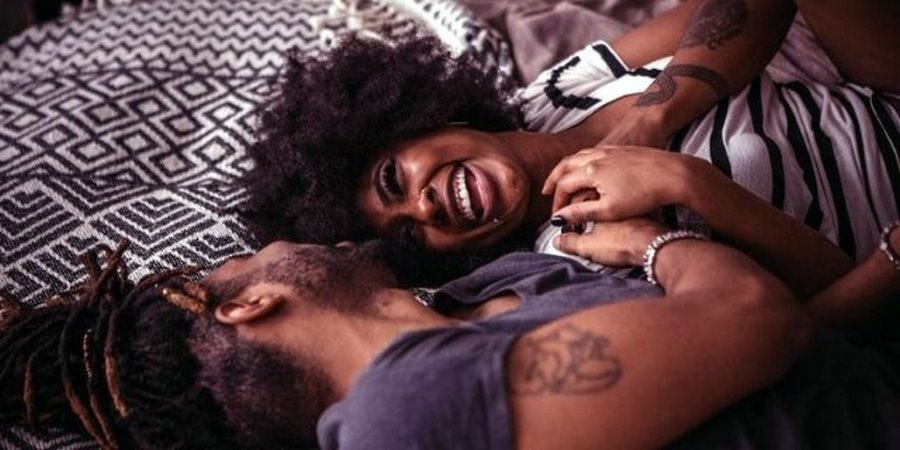 Dating can be a hell of a ride. It excites you but it also gives you a certain level of stress.

When you put yourself out there and share pieces of yourself, there is a risk that your feelings are going to be hurt. But you take the gamble anyway, hoping that you will finally find the right guy.

There are no metrics that will exactly tell you if the person you are pursuing is truly determined to be beside you until the end. You can not control many things, but you can control your time, and you should only spend it with a guy who has strong feelings for you.

A guy with a really great sense of humor is worth chasing because not only is he entertaining but also you can tell that he is making an effort to make you smile.

He will never let conversations with you run dry. He will do his best to really get to know you by asking the right questions. He will show you that he is interested in learning what makes you tick.

One way of confirming whether he likes you too is if he sends you a message first. Now, this does not mean he should be the one reaching out first all the time.

What I am trying to say is that when a guy wants to talk to you, he will make a move. He will not wait for days to check on you.

His name will pop up on your phone screen each time he remembers you. And that is enough proof that he is dedicated to making you feel like you matter.

It is normal to have doubts about a guy, especially when you are still in the early stage of whatever relationship both of you are building. You are going to have a lot of questions.

You are going to pay attention to every word that flies out of his mouth.

But if he genuinely cares about you, he will make sure that you will not part ways with him at the end of the day feeling confused and conflicted. It will be his goal to slowly earn your trust until you fully open up to him.

The worst realisation anyone can have is when they start to notice that the guy they are trying to chase is not that emotionally invested in them.

This thought is a dangerous one to entertain, but very important. Because it is pointless to continue running after someone who constantly puts you on the backburner.

No one deserves to feel like they are not a priority. The guy who sees a future with you will let you know that you are part of his schedule.

To a certain degree, it is understandable that there is no such thing as a perfect guy. Something about him will disappoint you once in a while.

He will have qualities that you will not like. But when you see the cracks forming and loopholes appearing, your special connections with him should never weaken.

Otherwise, there is a problem that you have been putting off that you need to solve immediately. If your heart beats wildly for him, you will always find something lovely in his imperfections.

Honesty and loyalty are two important things that should be present in every relationship. Aside from a guy’s outer appearance, you also have to consider if he has good intentions.

Be aware of the way he talks to you. It might be difficult to catch a lie in a conversation, but you can somehow get clues in his facial gestures and body language.

Asking him whether he is seeing other people is a question you deserve an answer to. The last thing that you need is to be emotionally invested with a guy who is not that serious about committing to you.

Not all your dates are going to be fun. A lot of times they are memorable, but sometimes you are also going to go home tired and a little heartbroken.

The good news is that you get better from experience. You learn more after dating a few guys. You know what you need to work on, what you should never say in front of him, how to make eye contact.

But most importantly, you slowly get to realise the kind of guy you should be going after.

Remember that you are looking for someone that you want to spend the rest of your life with, not a temporary one. As much as possible, do not waste your time with a guy who does not make you feel important and valued.

Ask yourself if you think he will stick around even when your relationship with him becomes boring. Pay attention to the efforts he is making.

A man, who wants to be part of your world for good, will always find a way to be connected to you.

If you notice that you are the one who keeps on reaching out first, it is okay to assume that he is not as interested in you as you are to him. And it is probably the time that you move on to the next one.