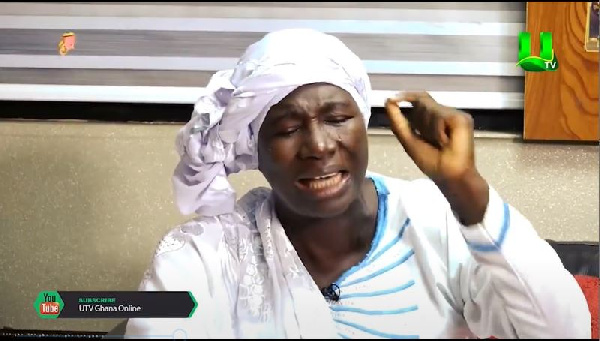 I am not a bad person – Cecilia Marfo

Gospel musician Cecilia Marfo has for the first time broken her silence on the Brother Sammy slapping saga.

In 2017, Cecilia allegedly slapped Brother Sammy at a programme at the Baba Yara Sports Stadium in Kumasi.

The incident courted lots of reactions both on social media and local media platforms.

Colleague musician Diana Asamoah reacting to the incident called on fellow Gospel artistes to ensure they give her dirty slaps anytime she moves to anyone on stage.

Condemning the act, Diana Asamoah in a self-recorded video chastised Brother Sammy for being childish in his comments on the matter.

Several months after the commentaries, Cecilia Marfo in an interview with Abeiku Santana couldn’t hold her tears when asked about the incident.

With tears rolling on her cheeks, the ‘Efunu Ba’ hitmaker told the host of ‘Atuu’ Show on UTV that she is not a bad person as being projected by her colleagues.

“I will not slap Sammy and the Lord will speak to me. If Sammy feels the spirit of the Lord in him, and if the Holy Spirit also lives in him, he will understand me. It is all for fame, and also how people want to be popular by polluting him. ‘Say she slapped you, say that the woman did this to you’. I am speaking from the depth of my heart, I can never do bad to Brother Sammy…If I want to speak about Diana Asamoah, I can do it very well but I won’t do it. Serious, but I don’t talk. I leave everything to God. I want to tell all musicians that anyone who wants to defame people for popularity should be careful,” she said amidst tears.

It can be recalled that Cecilia Marfo’s ‘Washawasay’ song fast became a trend and has since been remixed into danceable tunes by some Ghanaian sound producers.