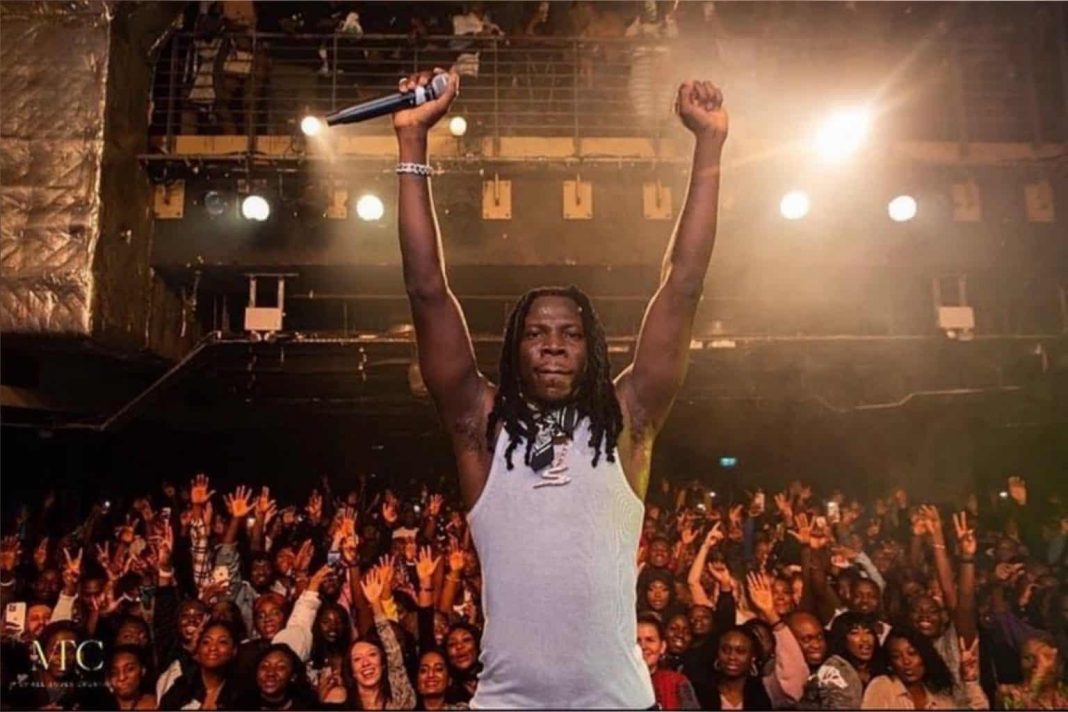 The two pundits had a disagreement on UTV’s entertainment show when it was put forward that Stonebwoy deserves plaudits for selling out the Indigo 02 at his recent gig.

The seasoned pundits spoke about Wizkid’s 02 arena concert, where he brought up Ghanaian singer King Promise on stage. The pundits praised Wizkid’s kind heart towards Ghanaians and how erll the event was accepted by the fans.
Nana Ama McBrown called attention to the reality that Stonebwoy also filled up the the Indigo 02 last month and deserves praise.
While Bulldog praised Stonebwoy, he claimed that the achievement was nothing special because Ghanaian artists have been selling out that venue for long.
Kwame A Plus took a swipe at Bulldog as he  reminded him of how his artiste Shatta Wale battled to fill a smaller venue at an event he once arranged in Nsawam, Ghana.

Meanwhile, Bhim Concert is back again following the cancellation of last year’s show owing to the outbreak of COVID-19

The purpose of this year’s program is to provide hope to those who have been impacted by the pandemic. In this case, the event’s theme is “Bhim(Beam) Of Hope.” and it is returning this December.
Artists from both the local and international scenes will perform at the event. Stonebwoy says there will be more thrills this year as he announces the event’s date and location.

The Bhim Concert’s goal is to be one of the most anticipated yearly events in the city, as well as have a significant and significant economic and cultural impact on the count