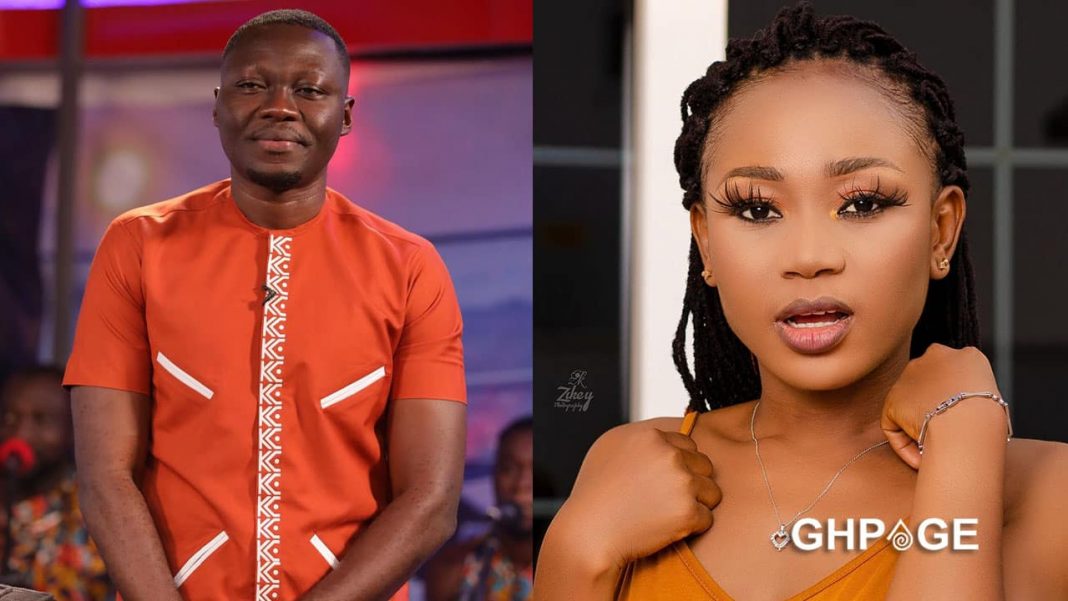 Entertainment journalist Arnold Asamoah Baidoo has blamed Akuapem Poloo for her current predicament as she serves a 90day jail sentence for her infamous naked photo with her son. According to Arnold, that stunt is pulled was very selfish and self-centred.

Arnold further explained his position on United when he pointed out that fame might have been her motivation, not celebrating her son. Arnold pointed out that Akuapem Poloo had previously posted indecent photos, which garnered her popularity on social media.

“Before that episode, Akuapim Poloo had broken the internet. Like Whitney said, on Valentine’s day, she posted some obscene photograph that everybody was virtually talking about. So she kind of broke the internet, and I believe this got into her head. So after that photograph, she kept posting.”

According to Arnold, her sons birthday should have been centred on the little boy. Not the mother, posting scandalous nude photos. He called it a selfish act as he described that Akuapim Poloo wanted to steal the limelight from her son on his birthday.

“On her son’s birthday, for me, I think she was selfish because she wanted to use that occasion to break the internet again. The reason I say she was selfish at that particular moment is that it is the child’s birthday. Not your birthday. Under normal circumstances, that episode is not about you. It is about the child.

“So what she was supposed to do is to post the boy’s picture and still use that caption on the controversial photo on a pic where the child is fully clothed. I feel at that particular moment, she wanted it to be about her and not the child. And that brought the whole brouhaha,” Arnold concluded.

Fame in Ghana is nice but the money is small