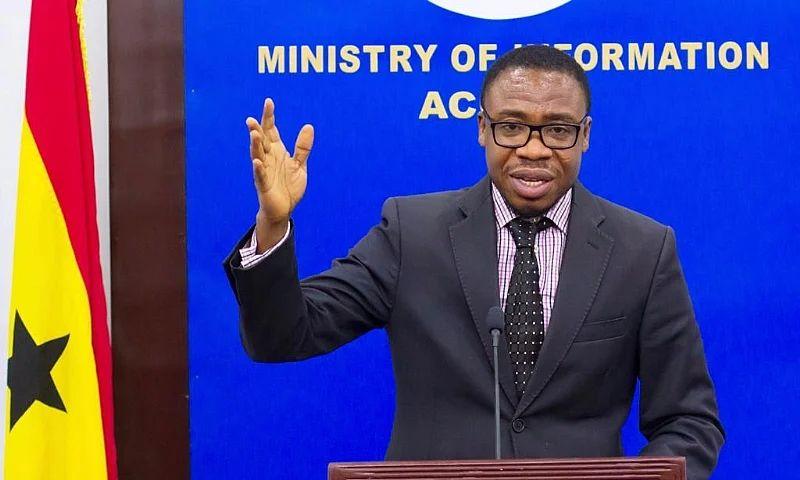 He said surveillance at the airport and community are being enhanced to detect the Omicron variant and avert any possible fourth wave.

Speaking to Evans Mensah on Joy News’ PM EXPRESS, the leader of Ghana’s risk communication said the airport protocols have proven to be robust, a useful measure and able to detect various viral variants.

He emphasised that travellers require 72 hours PCR test from the country of embarkation and a mandatory antigen test on arrival at KIA.

According to him, travellers who test positive will be put into isolation and a test conducted on the third day. However, the third day PCR test would be subjected to genome sequencing, he posited.

He clarified that the Omicron detected in Ghana is from samples from travellers arriving at KIA, not community-level samples.

The Director of Health Promotion at GHS stressed that the safety protocols are crucial, and people must adhere at all times to avert any fourth wave.

Dr Aboagye encouraged Ghanaians to get vaccinated because government have brought in about 12.3 million doses of vaccines, out of which four million were received within the last few weeks.

He said almost all facilities were administering vaccines, while other strategies, such as camp-out at hard-to-reach areas, had been deployed to take the vaccines to people in schools, transport stations, workplaces, religious gatherings, sports stadia, house-to-house, among others to ensure everyone had access to them.

He further noted that the pipeline had also assured the country of delivering more than eight million doses between now and the end of the year, which brought the number of doses to over 20 million.

He, this, commended the government for the efforts made in bringing in vaccines whiles noting that GHS has the capacity to deploy quickly.

He said, “since workplaces contributed mainly to the cases in all three waves, the GHS appealed to institutions to use the mandatory vaccination as part of the compulsory protocols for staff and patrons.

“That would encourage more workers and patrons of services to get vaccinated in support of the national vaccination drive,” he said.

GHS will also engage the Public Service Commission to ensure that government workers are vaccinated, and a framework for workplace restrictions decided and implemented.

He had a word of caution to health workers to get vaccinated by the end of December 31 or be denied entry to health facilities.

“We have given many opportunities to our health workers to get vaccinated. However, those who are not vaccinated should take advantage of the vaccination month and get vaccinated, or they may have to show proof of PCR test before being allowed to enter hospital facilities,” he said.

He added that the Health Ministry and GHS are working through a comprehensive stakeholder engagement programme to ensure health workers’ rights are respected within the legal framework to restrict people from workplaces if they are not vaccinated.