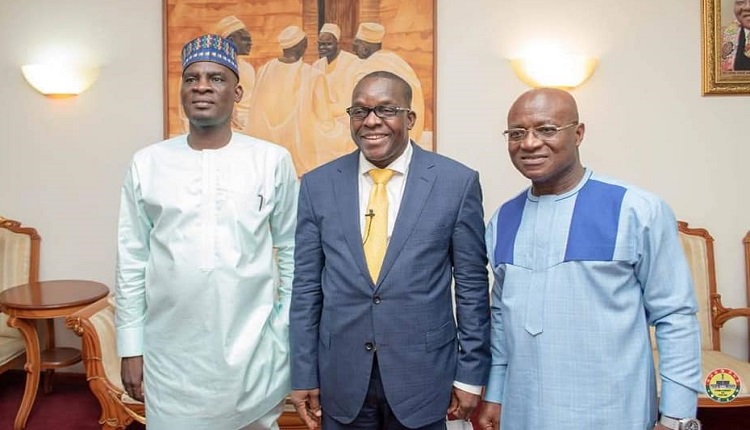 Details have started pouring out about how the confusion that characterised the approval of the 2022 Budget Statement and Economic Policy started.

The Speaker of Parliament, Alban S.K. Bagbin was said to have walked out of a meeting convened to deliberate on the 2022 budget over insults by US-based social commentator Kevin Taylor.

According to Deputy Majority Leader, Alex Afenyo-Markin, the Finance Minister, Ken Ofori-Atta informed the leadership of Parliament of his intention to meet both sides to discuss aspects of the budget that the minority opposed.

He stressed that the Finance Minister faced difficulties as the minority caucus could not elect members to represent them in the meeting.

Finally, when they did, Alban Bagbin who was supposed to mediate the discussion opted not to as he was scared of attracting further abuse from Kevin Taylor who had earlier accused him of being in bed with the government to approve the budget.

“The Finance Minister told their leadership that he wanted to meet both caucuses but the NDC leadership intimated that there was mistrust from the back bench so they will prefer extended leadership meeting. The Minister was ready to meet the ranking from their side but again they said no.

“Normally before he (Bagbin) comes in to sit, we have to discuss the approach. Then out of the blue, Mr Speaker said some of the back benchers have reported the deliberations to Kevin Taylor and Kevin Taylor was insulting him so he wouldn’t give in to any further discussion. Mr Speaker all of a sudden lost control,” he said.

The Efutu MP disclosed that both sides of the house had agreed not to vote on the budget on Friday, November 26, 2021, only for the minority side to enter the chamber and motion for voting on the budget moved.

He therefore accused them of double-standards and charged them to show sincerity.

“We had in mind not take the vote that day and same has been communicated to both sides. People should be sincere and not make u-turn suddenly and pretend.”

It would be recalled that on Friday, November 26, 2021, the Parliament of Ghana allegedly rejected the 2022 budget statement by the government after the majority side staged a walk out.

The decision has since been overturned with the budget being approved by the house on Tuesday, November 30 after the minority side boycotted proceedings.

Monkeys play by sizes, allow MPs to mature; don’t change them like shirts – Speaker to electorates

Minority’s message of caution to Ghanaians on e-levy

Bawumia will be easy fight for NDC in 2024 – Sammy Gyamfi

Apeatse Explosion: What about being proactive and not reactive