The team is improving – Thomas Partey after Man Utd defeat 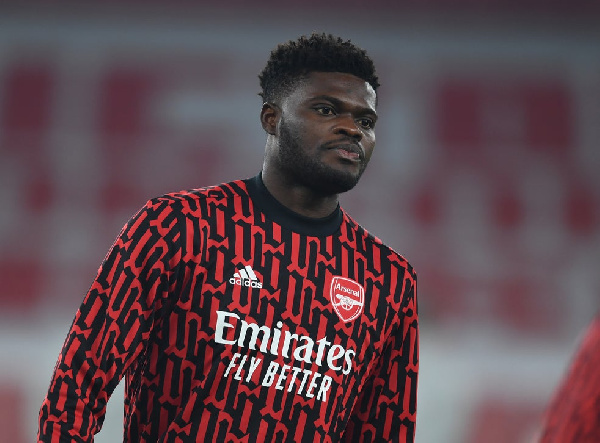 Thomas Partey says the Arsenal team is improving despite his side’s latest defeat to Manchester United at Old Trafford.

Arsenal fans have descended heavily on the Ghanaian midfielder for his poor showing on Thursday night against Manchester United as they lost 3-2.

It was a game of two fallen giants who are struggling for form and consistency but the game was entertaining with goals and a lot of talking points.

Thomas Partey who shone in last season’s fixture at Old Trafford was a passenger as the game passed him by.

The Ghana international was speaking after Arsenal’s defeat to Manchester United and says he must improve.

“I think the team came out to win, we did everything we could, we played well, we created a lot of chances and I think that we were unlucky,” Partey told the in house Arsenal media.

“They scored two goals and then a penalty. The team tried to improve, go forward and look for a goal, for the equaliser, but in the end it’s football, we have to forget about this game, we have to think of our next game, we have to do better and also to win.

“I think we’re improving each day and it’s gonna be good. If we want to be at the top it’s normal that we have to fight, we have to be under control and try to win the games.”