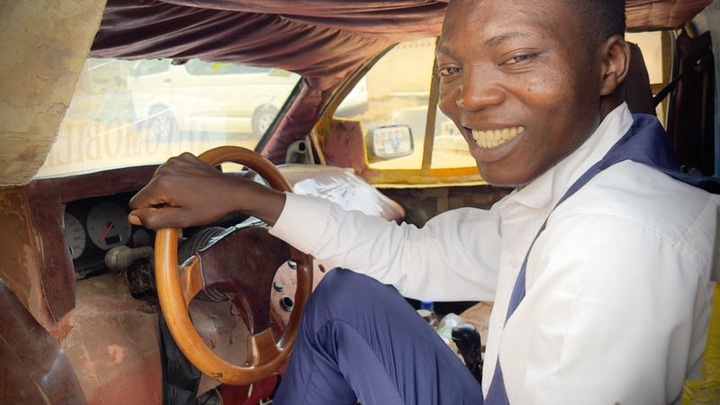 His Real Name is Ibitoye Olajide Michael, who was born and raised in Nigeria, Oya State, as a child he has dream that this first car he will drive in his life will be invented by him, Before he started the Project it took him 4 good years to finish it.

The Major Part of the invention which is the mechanical aspect he learnt that from his father, when he was a child, building the body of the car with fiber, he research that on the internet and he got it right.

Before of his ability to build a car people call him Inventor 1, he also studied plant science in university, but his major course he wanted to study was mechanical engineering which he did not get the opportunity to study, he had no choice but to study the plant science.

He used local materials around him to manufacture the car, the engine in the car is 1.6 liter Volkswagen engine, which is 3 engine, the car get all the functions other cars like Toyota, Benz get, the Car get Radio, four gear, Trafficator, seat belt, the car get cigarettes port and it can also charge phones too.

The car Shape and design is like a sports car he draw everything by himself, before he Said he wanted the car to original,and not a copy version of any other car in the world.

When he started the shape of the car he used cartons and fiber glass for model, he said he did a lot of sacrifices before he finished the car, which is selling his home appliances, he was also not able to sleep well in the process of building the car. 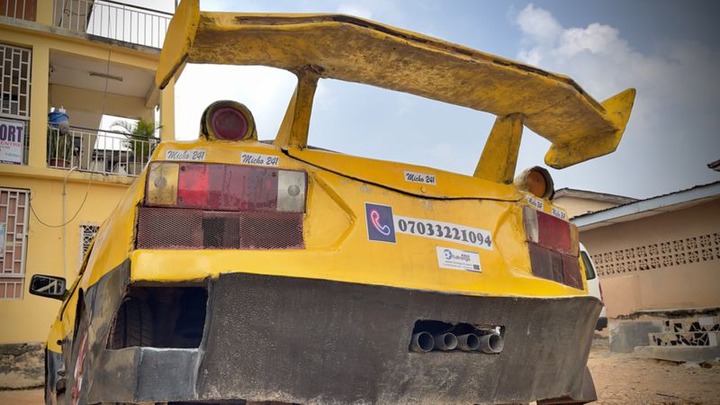 He also talk about people wanting to buy the car,but he refused before it was his first project and has the plan to learn more and builds cars for Nigerians. 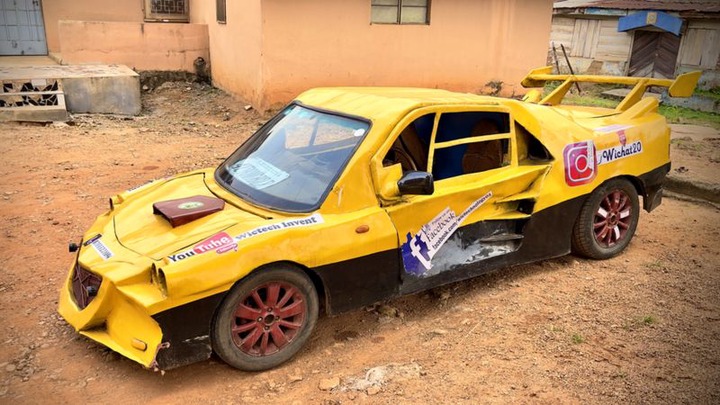 Content created and supplied by: Opicnews (via Opera
News )