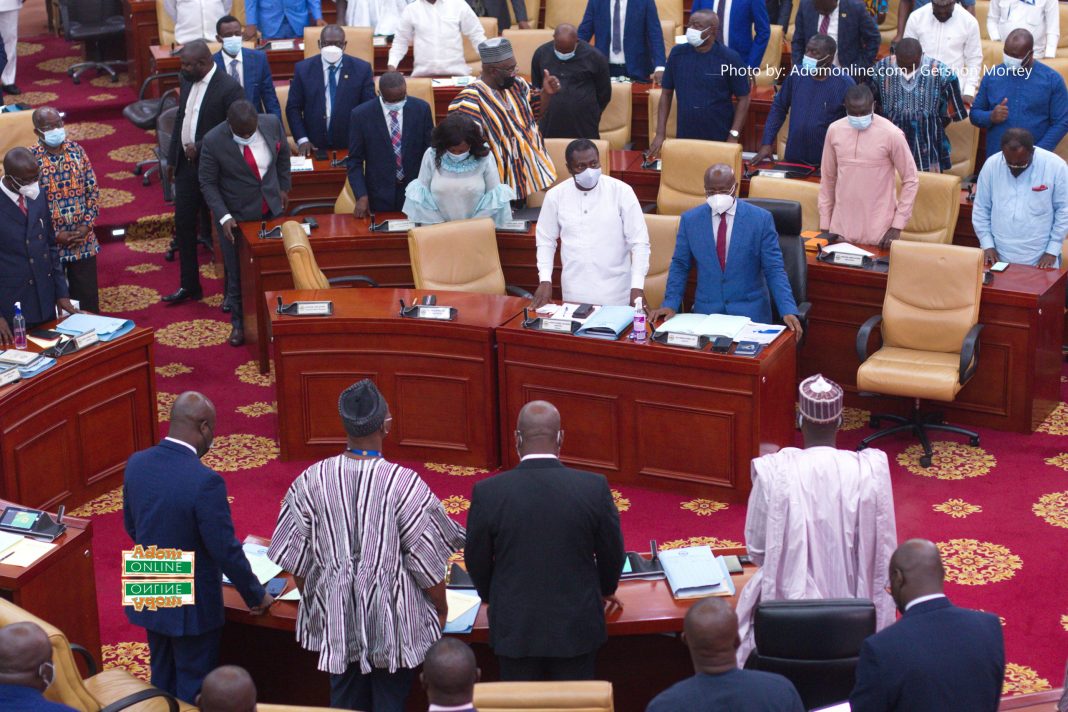 The Editor-In-Chief of the New Crusading Guide Newspaper, Abdul Malik Kweku Baako Jnr, has expressed displeasure at the behaviour of Members of Parliament (MPs) in the events preceding the approval of the 2022 Budget.

According to him, the Majority Caucus walking out of the chamber due to the presence of the General Secretary of the National Democratic Congress (NDC), Asiedu Nketia, was unsustainable.

“I nearly said nonsensical. It’s unsustainable. The truth of the matter is that Asiedu Nketia’s presence at the gallery was of no movement, no consequence. It could not be compared to ministers in the Chamber.

“I suspect because they realised they didn’t have the full complement of their numbers, they chose that route.”

He told the host of Newsfile that MPs banging on tables and making noise when the law doesn’t favour them and staging a walkout is a “wrong-headed” strategy.

“Ordinarily, if the Majority had had the full complement of their numbers the day Speaker Bagbin was in the chair, they would have passed the budget.

“But they didn’t have the full complement of their numbers, so they misbehaved by sighting Asiedu Nketia’s presence in the gallery.”

His comments come at the back of the Majority staging a walkout after the Speaker directed Ministers of State who are non-MPs to vacate the chamber to allow MPs to take a division vote on whether to postpone the vote on whether the Finance Minister should be allowed to engage the House further.

But speaking to the press shortly after the walkout, the Majority Leader said Mr Bagbin was behaving like he was the Speaker for the only one side.

He described the conduct of the Speaker as appalling.

“Find some other credible reasons to give. But if you advance the point of Asiedu Nketia’s presence in the gallery being the basis for your walkout, it cannot be sustained in parliamentary terms,” he said.

Bawumia will be easy fight for NDC in 2024 – Sammy Gyamfi

Apeatse Explosion: What about being proactive and not reactive

Concerns on proposed rate must be addressed – Afenyo-Markin

E-levy can be passed by NPP, but NDC will still oppose it –Elizabeth Ofosu