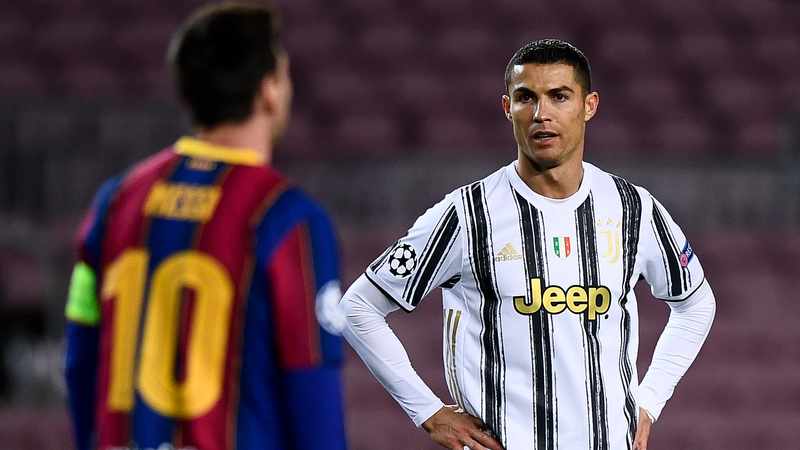 Cape Town – Cristiano Ronaldo wears the No 7 but it is Lionel Messi who now has seven Ballon d’Or titles – the most in history and two more than Ronaldo, who at 36 is unlikely to add to this tally.

Messi was crowned the best footballer in the world for 2021 earlier in the week, but the award came with a barrage of criticism, vitriol and some serious hate speech on social media.

So many in the industry had so much to say to condemn Messi’s claim to the title and the most disappointing action came from Ronaldo when he liked a social media post attacking Messi for ‘stealing’ the Ballon from him and for not being a worthy recipient.

@cr7.o_lendario posted a scathing message on Instagram. It read: (Sic) ‘And who does the prize go to? To Messi. Who only won the Copa Del Rey with Barcelona. And hasn’t scored a goal against Real Madrid since Cristiano left. Disappeared in the big games of the season. Won the Copa America that was supposed to be every four years like they do practically every year. He didn’t score in the final or semi-final and he has been having a weak season with PSG individually.’

The rivalry between Ronaldo and Messi has been one for the ages and it is doubtful two players with such brilliance and goalscoring appetite will again simultaneously dominate the game in the same era and share 12 Ballons between them and score more than 1 500 goals between them.

Let’s not even start with the assists of Messi and goal contributions of Ronaldo. Both are revered but in the week that Messi applauded Ronaldo’s ability to adapt to life back in the Premier League and for his ability to score goals, Ronaldo’s below-the-belt response was a cheap shot on social media.

Messi, for the record, did not vote for himself. It was 180 journalists across the globe, who combined every consideration, like club form, international form, quality of team, team position, team titles and opposition, in determining the winner.

Bayern Munich’s Polish international Robert Lewandowski won the Striker of the Year and for many he should have been awarded the Ballon, but so much of the Lewandowski support was based on his superb 2020 season, in which no Ballon trophy was awarded.

Messi made an impassioned speech dedicating 2020 to Lewandowski and urged the Ballon committee to award Lewandowski the 2020 Ballon, saying there was universal agreement over what Lewandowski had achieved in 2020.

“Robert, you deserve our Ballon d’Or. Last year (2020), everyone was in agreement to say that you were the big winner of this award,” said Messi in his speech. “Hopefully France Football will give you the 2020 Ballon d’Or. We all believe you deserved it and I hope you can have it at home.”

Goals alone don’t win a player the Ballon, and Messi knows this more than any. In the year he scored a record 91 goals, he was placed third in the Ballon. The Striker of the Year award is a new innovation and quite clearly it was the Ballon Committee’s way of rewarding Lewandowski for the failure to do so in 2020.

But to dismiss Messi’s season and claim to the Ballon trophy on the basis of Lewandowski or Ronaldo or Mo Salah’s season is unfair and does a disservice to what Messi achieved in 2020/21. He was the top goal scorer for Barcelona in a season in which he single-handedly took them into the last week of the La Liga title challenge and won them the Copa Del Rey.

Argentina won the final against Brazil at the famous Maracana.

Outside of the World Cup, the two biggest titles are the Copa America and the Champions of Europe. These three have always held the most prestige in world football, and that is not meant to insult or demean any other continental champion.

Messi, in the Copa America, triumphed on the biggest stage, and that was his advantage over Lewandowski and Ronaldo in 2021.

Even the social media attack on Messi going missing in big games, which Ronaldo endorsed as fact, is incorrect and devoid of reality. The fact is that Messi, historically, has scored 31 goals and provided 13 assists in the 31 finals he has played with Barcelona. Ronaldo, in his 29 finals in club football, has scored 20 goals and provided two assists. FACT.

Messi, in a difficult season for Barcelona, also won the Pichichi trophy for a record-extending eighth time for scoring the most goals in La Liga 2020/21.

If there was a telling difference in Messi and Lewandowski’s respective claims in 2021, it was internationally because of Argentina’s first major title in 28 years.

The Copa America is one of the toughest titles to win and Messi was at the forefront of the triumph. I have already mentioned his four goals and five assists, but he also created the most chances for his team (21). He completed 239 of his 295 passes, which is 81%, and he completed 34 of his 57 dribbles.

Lewandowski, in 2020, won every trophy with Bayern Munich, but not so in 2021, and in 2021 Poland also did not make it to the play-offs in Europe’s international showpiece event.