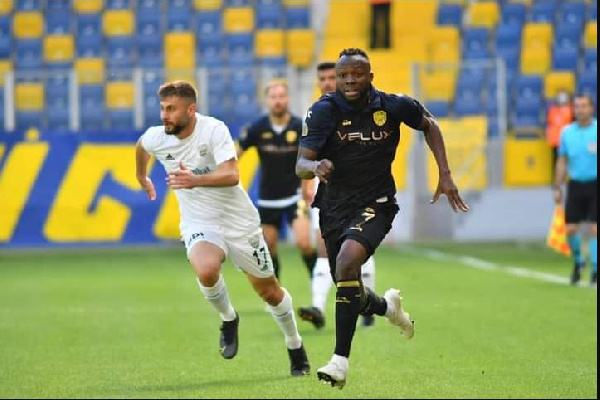 Ghana forward Kwabena Owusu announced his return from suspension with a double as Ankaragucu progressed in the Turkish Cup with victory over Belediyespor.

Owusu missed Ankaragucu’s last two games following a two-match ban and a fine after he insulted a fan.

However, he returned stronger after breaking the deadlock of the game between Ankaragucu and Belediyespor in the 58th minute.

He doubled his side’s lead from the spot with an expertly taken penalty six minutes later before Ishak Cakmak completed the scoring in injury time.

The victory sends Ankaraguu to the fifth round of the Turkish Cup, where they face top-flight side Sivasspor.

Owusu has scored six goals in eight games across all competition for the second-tier side.