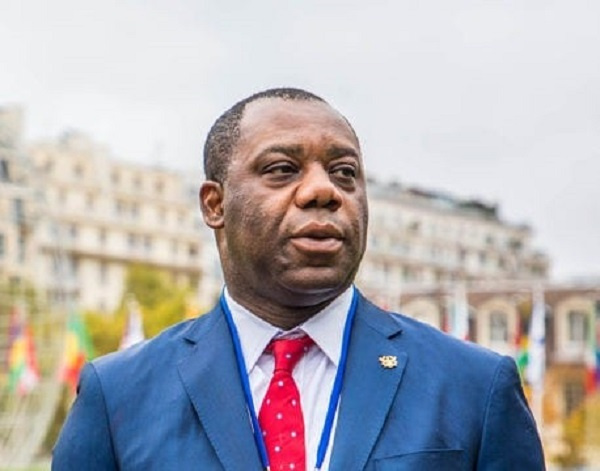 Matthew Opoku Prempeh, the Member of Parliament Manhyia South has kicked against recommendation by the Minority caucus in Parliament, that the Keta Sea Defence project be captured in the 2022 budget.

NAPO as he is fondly called says that it will be a mistake on the part of government to include the project in the budget.

He has threatened to mobilize residents of Kumasi to hit the streets and express anger against the government if the wish of the minority is granted by the government.

The Energy Minister said on Asempa FM on Thursday, December 2, 2021 that Kumasi has been experiencing flooding over the years and that government has made no special plan to address the issue.

He also accused the Rawlings government of misapplying funds which were secured to fund the construction of sea defence projects in the Volta Region.

“Kumasi has been flooded four times but I didn’t see Kumasi in the budget. If the Finance Minister includes the Keta Sea Defence Project in the budget, I will vote for zero percent (E-levy).

“Budget is a national business document that cannot solve all our problems in a day. Between 1998 and 2000, NDC went for money for sea defence at Keta, they chopped the money. They used the money something else. When NDC were in power, Keta was still experiencing tidal waves. They went for a loan in the name of that project but they didn’t do it. President Kufuor had to contract another loan for it but they still voted against him.

“Eight years of NDC (2008-2016) I didn’t see Keta Sea Defence Project anywhere so if you go to opposition and you ask me to include it in the budget when Kumasi flooding is also not in the budget, we’ll protest. If the Finance Minister makes a mistake and adds it to the budget, I will lead Kumasi residents on a demonstration,” he said on Asempa FM.

The Keta Sea Defence Project is one of a number of concessions the NDC MPs want government to make before they approve the budget.

The Haruna Iddrisu-led minority also want a scrapping of the 1.75% Electronic Transaction levy and the bench mark value.

The Minority in a fresh statement issued on Friday, December 3, 2021 re-affirmed its stance against the E-levy, stressing that it will oppose the budget until the proposed levy is expunged from the budget.

The NDC Caucus in Parliament wishes to assure Ghanaians that it will continue to use every legitimate and lawful channel to resist the 1.75% E-Levy government is seeking to impose on the ordinary Ghanaian.

“For the avoidance of doubt, the position of the NDC Caucus in Parliament right from the outset of the 2022 Budget debate has been that the 1.75% E-Levy government is seeking to impose is regressive, punitive and draconian, and that same must be suspended.

“The Minority Caucus has vigorously championed this position in Parliament and in the media space to draw Government’s attention to our demands,” parts of the statement read.