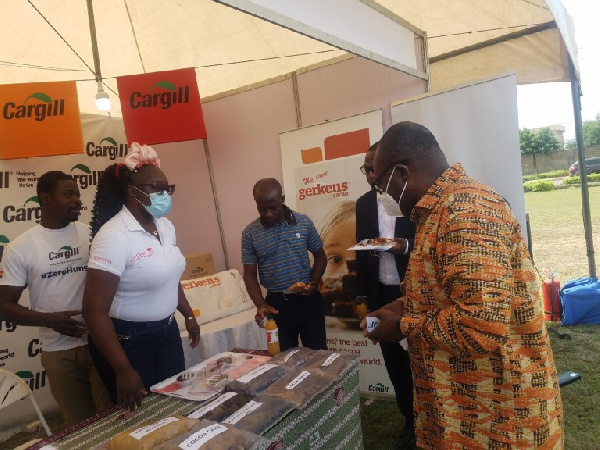 Technical Advisor at the Ministry of Trade and Industry, Dr. John-Hawkins Asiedu, has indicated that government is partnering with the private sector to establish industrial enclaves in all 16 administrative regions of the country.

The move, according to him, will provide an inclusive environment for businesses with a focus on light and heavy industries: such as agro-processing, garment and textile production, logistics and metal fabrication. He added that these enclaves will serve as a key measure in accelerating the nation’s industrialisation agenda.

Dr. Asiedu brought this to light at the maiden edition of the LMI Holdings Industrial Trade Show (LITS) in the Tema Free Zone Enclave, where he said: “One of government’s flagship programmes is the ‘One Region, One Industrial Park’ initiative. Under this policy, government is working aggressively in collaboration with the World Bank and other development partners to develop the Greater Kumasi City, among others.

“We are working with important sector-players to produce an enviable and viable policy that will make Ghana the hub of industrialisation in Africa,” he added.

Dr. Asiedu commended LMI Holdings for its efforts over the years in the management of Tema Free Zone Enclave and the establishment of Dawa Industrial City for Specific Economic Zones and other ongoing projects.

Chief Executive Officer of LMI Holdings, Kwabena Aduhene, said the industrial trade show – the first of its kind – provides a unique platform for both local and global companies to interact and network to build lasting collaborations.

He noted that industrialisation is crucial to the nation’s pandemic-era economic recovery, and asked for more collaborations to expand industries.

Highlighting ongoing developments, he said: “We want people to be aware of the industrial park and what we have to offer here: such as electricity, Internet connectivity, water and security, and the new 2,000-acre industrial park we are building at Dawa; and we are going to expand that”.

Mr. Aduhene stated that the event will be held annually, and expressed optimism that it will become the primary industrial and manufacturing trade show.

The show, which included a tour of the Free Zones Enclave, was well-attended by representatives of diplomatic missions, captains of industry, business groups and Ghana Export Promotion Council (GEPA), among others.