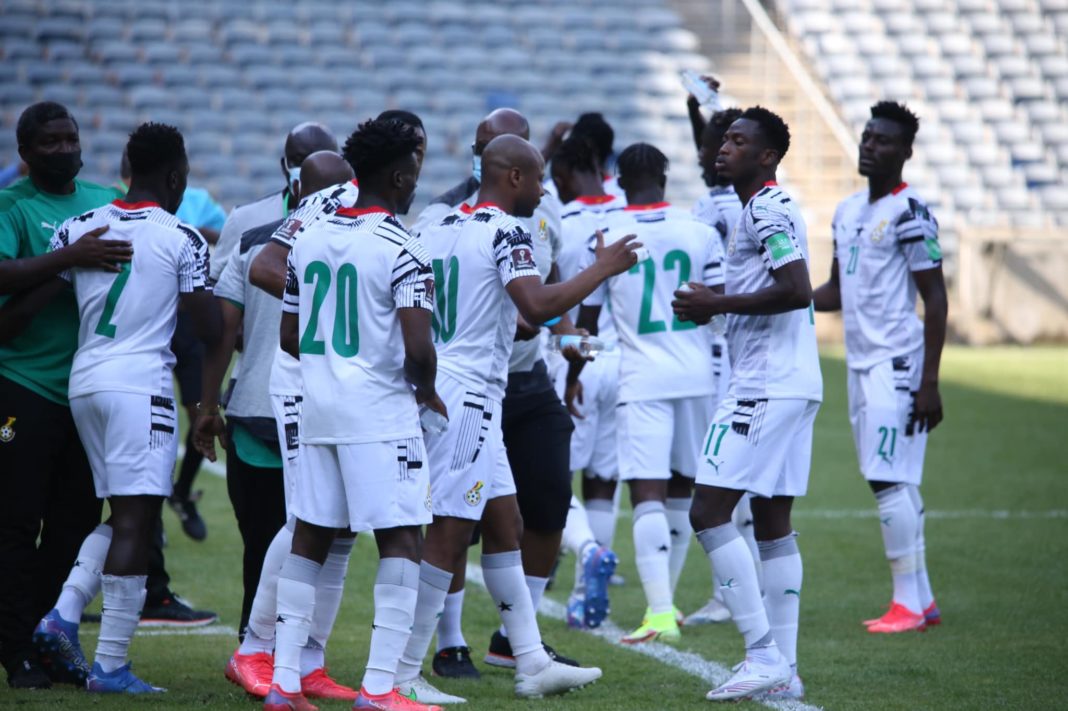 Fifa has ruled an appeal from South Africa relating to a decisive 2022 World Cup qualifying match against Ghana is inadmissible.

Bafana Bafana had claimed they were “robbed” after their 1-0 defeat last month, with the only goal in the game scored from a first-half penalty.

The South Africa Football Association (Safa) included allegations of “match-fixing, match manipulation including corruption and bribery” when it lodged a complaint with football’s world governing body.

South Africa had needed a draw to reach Africa’s World Cup play-offs, but the result meant Ghana progressed at their expense on goals scored.

Safa president Danny Jordaan later claimed there was a betting spike during the qualifier, which took place in Cape Coast on 14 November.

Meanwhile, an appeal by Benin about substitutions made by DR Congo in another crunch qualifier on the same day has also been thrown out.

Fifa’s disciplinary committee declared both protests inadmissible as they did not meet relevant requirements – but also added the decisions are subject to appeal.

While Fifa referred to its Disciplinary Code and the regulations for the World Cup qualifiers, it did not offer the exact reasons for the rulings.

It means, as it stands, that Ghana and DR Congo will be in January’s draw for the African World Cup play-offs, with two-legged ties to decide the continent’s five representatives in Qatar set to be played in March.

“We have received the decision without details and will request the reasons [from Fifa] and consider our options,” Safa chief executive Tebogo Motlanthe said in a statement on Friday.

Benin’s protest concerned their 2-0 defeat by DR Congo – a result which saw the Leopards qualify ahead of Benin, who had needed a win to advance.

The appeal was about the fact that DR Congo made a total of four substitutions across four windows during the match.

Under current Fifa regulations for international games, teams are allowed to make up to five substitutes but only during three windows in the game.