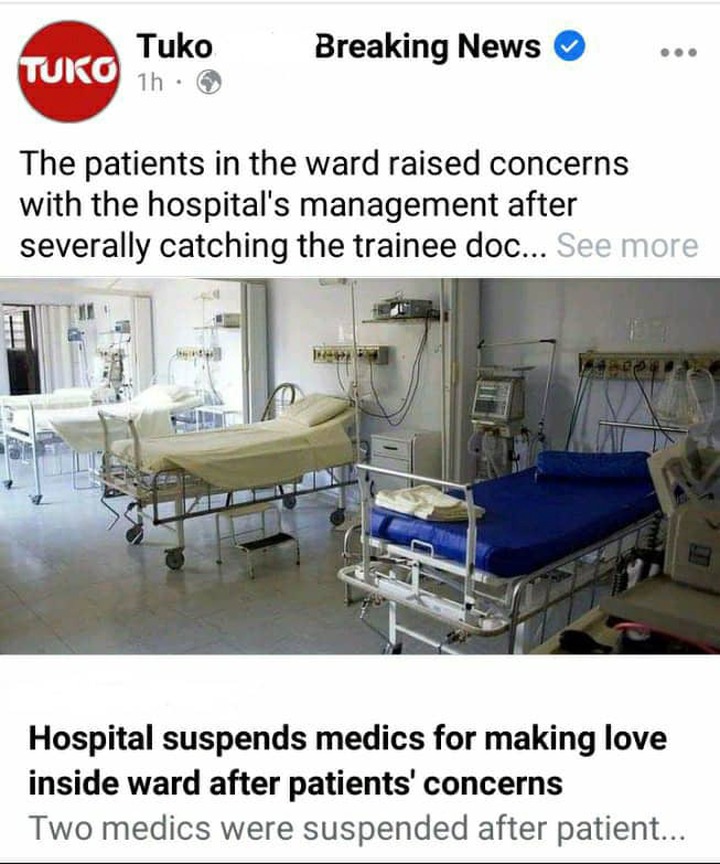 A trainee doctor and nurse are currently under siege for allegedly making love in a hospital bed during the daytime as patients watched.

Reports from the media claim that a nurse trainee and her medical doctor counterpart were caught in the act while people watched through the windows of the hospital where they were working.

During interrogation, the young nurse said that while she was in a hospital bed, her counterpart doctor made sexual overtures toward her and threatened her with “disciplinary consequences” if she didn’t comply. 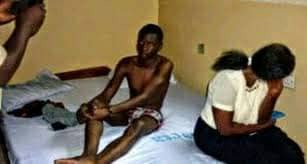 Further, the woman told the hospital’s administration that she had known the suspect as a medical student in the institution since she was accepted to the internship program, but he compelled her to perform an awful act on that specific day without her consent.

Following the claims, hospital administration stated they had made repeated attempts to raise the issue with the hospital’s senior management but had been unsuccessful.

A statement from the hospital’s administration reads: “We are making this public because this needs to cease and we do not want them to continue working here anymore.”

However, the company’s CEO has set up a committee to investigate the situation, and he has ordered that the investigation be concluded within a week of his announcement.