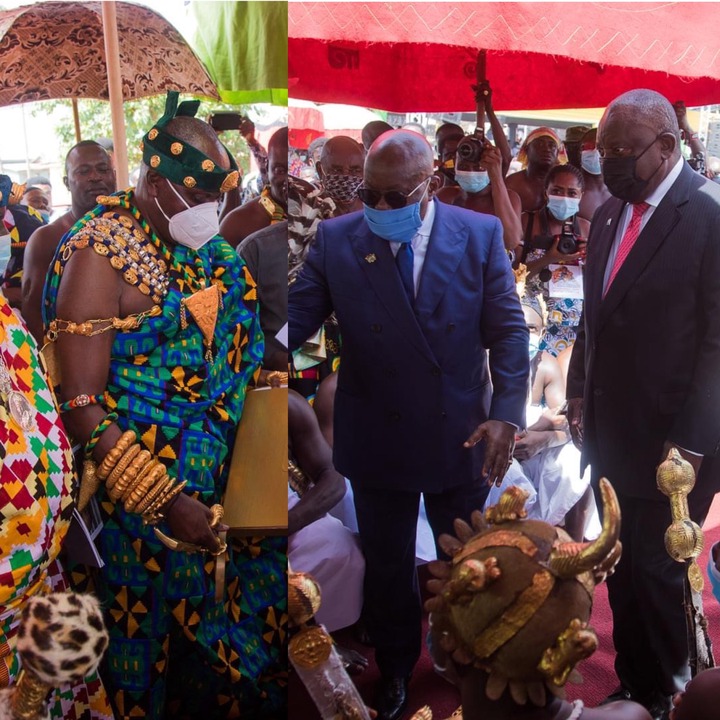 Nana Addo Dankwa Akufo-Addo will forever remain the son of the Ashanti and eastern region. When we trace the ancestral and ancient families and their affiliations to certain ethnic groups, we can say Nana Addo is a son of these two regions.

Speaking today at the enstoolment of the Juaben Chief, Nana Addo made some exciting comments in the presence of the South African president.

The South African president on his visit to Ghana for a two days tour in the country was present to grace the occasion and this paved way for the Chief to speak.

During the occasion or ceremony, Nana Addo spoke briefly about the heritage of this country and how some or all our cultural practices which are of value should be preserved. 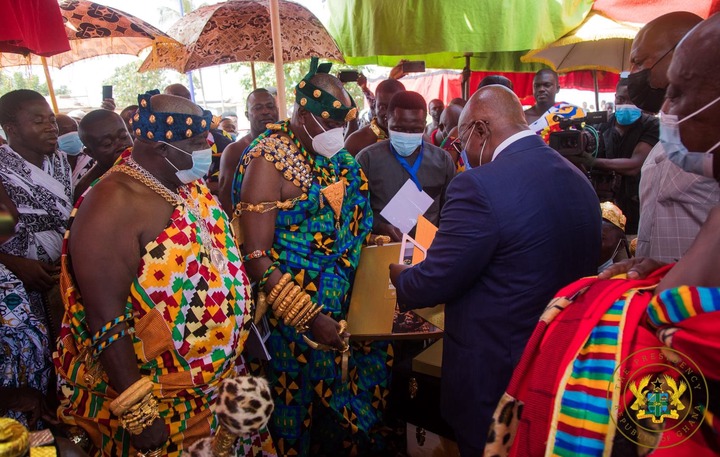 Whiles making this brief statement, he also tried to indulge the South African president, his excellency Cyril Ramaphosa in Ghanaian ethnic and moral or cultural values.

The Chief while speaking in gratitude made some bold requests which was heavily applauded by the entire audience.

During the ceremony, he stated that: I am proud to see our first gentleman and our father, his excellency Nana Addo Dankwa Akufo-Addo in such a cordial and respected relationship with his excellency Cyril Ramaphosa. It is my wish that this kind of tolerance and cooperation exist as long as time will permit, he stated. 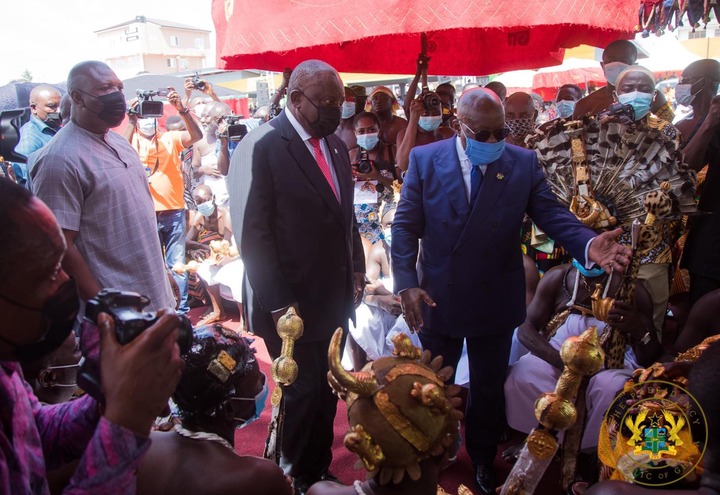 He further made some very important requests where he urged the two presidents to tie the knot together in order to ensure a smooth and a very cordial relationship between Ghana and South Africa.

During the enstoolment of the current chair of the council of state, other dignitaries graced the occasion and we could see the smiles that filed the faces of the foreigners present.

With South Africa having strong love for their culture and almost exhibiting their cultural values all over the world, it was an exciting scene to witness that of Ghana’s and an exhibition of the African traditional culture in total.