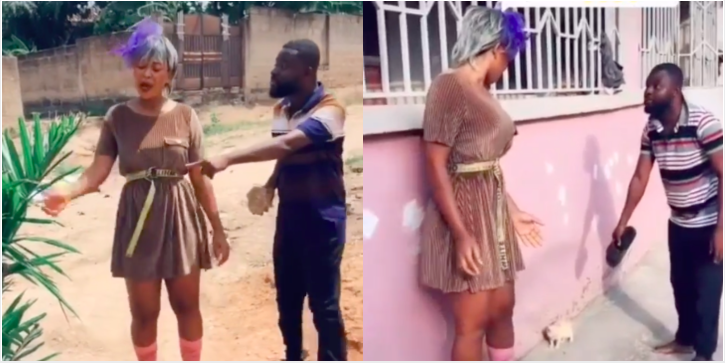 Thus, the content of the comedy skits will make every sorrowful soul laugh and regain emotional strength for obvious reasons.

From the content of the comedy skits, it tells the story of a young lady called Mimi who was living in the village and had the chance to travel outside Ghana to Europe for greener pastures.

But upon return to the village after her short stay in Europe, the very local things including pets she used to know their names have all vanished from her mind and this has made her uncle (Kwame Borga) have issues with her.

And the videos have gone viral on all the social media platforms especially Instagram, Facebook, TikTok and WhatsApp groups.