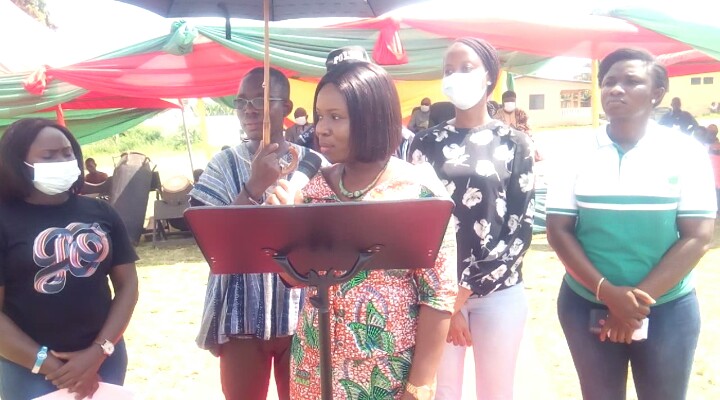 The Municipal Chief Executive of Abuakwa South, Akosua Asabea Annoh has lauded farmers in the municipality for their contribution to national development on the occasional of National farmers Day. 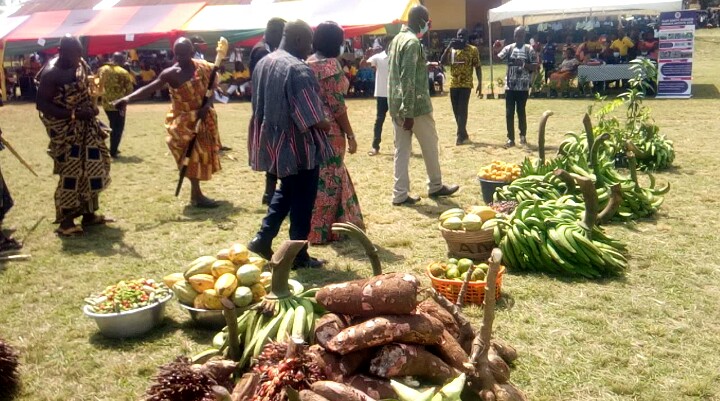 In her speech to mark the this year’s celebration at the Akyem Asafo Presby JHS Park, Asabea Annoh said the government has put in place several measures to support agricultural production and welfare of farmers.

According to her, initiatives such as the Planting for Food and Jobs has made agriculture a lucrative venture, attracting many people into it.

“The Planting for Food and Jobs has served its purpose when you compare farming in the past and now. Agriculture has now become one of the respectable and profitable ventures in the country. Many people, educated and non-educated, youth and the elderly all see agriculture as a means of making sustainable income and not just as a hobby,” she said. 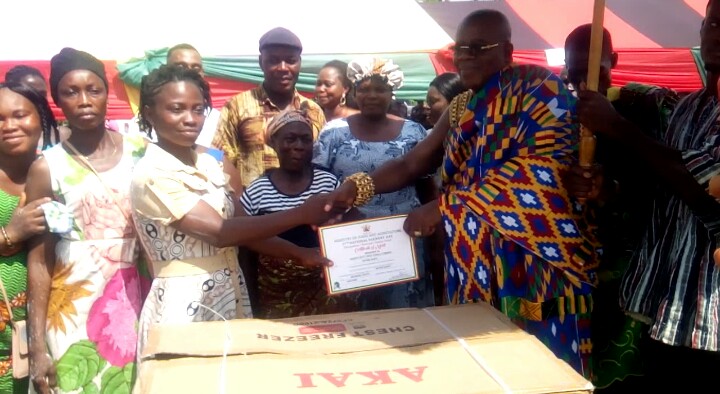 In the Abuakwa South Municipality, she noted that for the past few years, thousands of oil palm seedlings have been distributed for free to interested persons.

“Additionally, the Minerals Commission, through the Municipal Assembly has distributed 62,500 free improved Oil Palm Seedlings to 608 farmers, comprising of 498 males and 110 females to cultivate 1,042 acres of land under the Planting for Expert and Rural Development Programme. Produce from these plantations under cultivation would serve as raw material which would feed the Oil Palm Processing Factory in Kyebi which is almost completed,” she added.

On welfare for farmers, she touted the government’s introduction of a welfare scheme for cocoa farmers, noting that all others are are expected to be roped in to also benefit from the program.

“For the first time in our history, we have a pension scheme for cocoa farmers which would ensure that when we are old and can no longer till the soil, we would have some cushioning to enable us survive. It would be extended to all farmers soon and I wish to encourage all farmers to get on board,” she added.

She urged the public to continue to appreciate farmers across the country for their efforts in the face of the many challenges they face.

“For our farmers to show resolve and be relentless in the face of these challenges we need to celebrate them, the reason for this great occasion.”