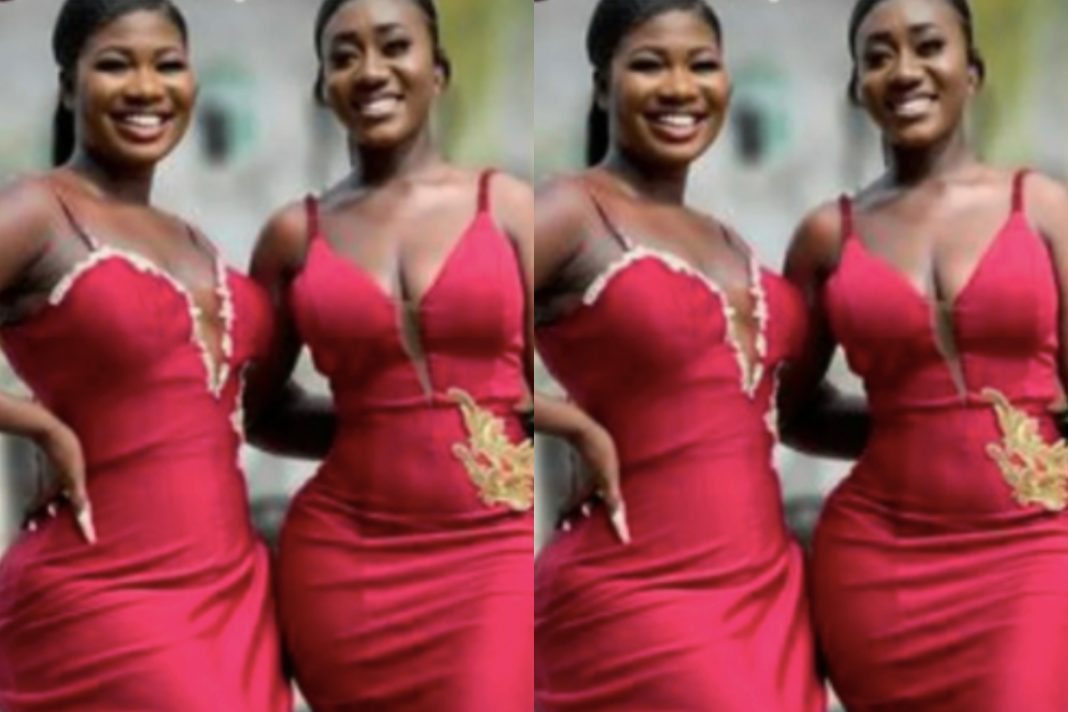 We have chanced upon a video that captured the moment two Ghanaian personalities known for their gigantic backside met for the first time.

We talking about the well-known Hajia Bintu and the latest gigantic backside sensation, Abena Cilla.

Many people thought the two might be at each other’s throats considering how Abena Cilla has wiped away the name of Hajia Bintu from the minds of social media users easily.

However, it seems they erred as the two have shown solidarity for the big bortos brand as they are captured having some nice time together.

The video we have is from the birthday of Hajia Bintu. Check the video out below;

Hajia Bintu was in the news some days ago after bagging a mouth-watering ambassadorial deal.

The TikTok star is presently the brand ambassador for air diffuser brand, and a body splash product called Giselle Reed diffuser and Martin Lion respectively. She shared the good news on her IG platform saying;

“Ambassadorial deal I’m glad to announce that I’m now the brand ambassador for @gisellereeddiffuser and @martinlion_gh, I’m extremely excited to be part of the family.”