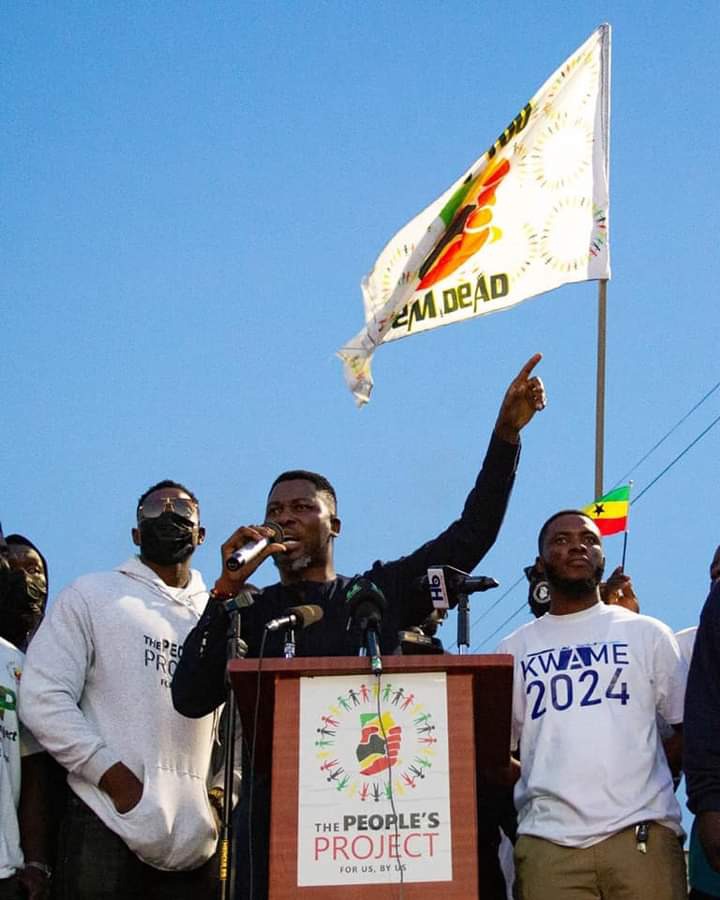 Political activist, kwame Asare Obeing A-Plus has told the New Patriotic Party folks that they should stop attacking him for criticizing President Nana Addo Dankwa Akufo-Addo although he was one of the pillars for NPP when they won power in 2016.

A-Plus told NPP folks that they should stop attacking him because he is doing exactly what he could have done to former President, John Dramani Mahama if he is still ruling the country. A-Plus has kept on blasting president Nana Akufo-Addo for hiring a private jet which receives an hourly payment to travel across the world which cost the nation a lot of money.

He told NPP folks that he doesn’t care about what they will say about him as he keeps criticizing Nana Akufo-Addo because some people thought that he shouldn’t criticized Nana Akufo-Addo like how he did to John Mahama. He told them that whether they insult him or not he will continue to criticize the president if necessary.

“I’m doing exactly what I would have done if John Mahama as president flew in a $14000 an hour private jet and slept in a $8000 a night hotel.

If you are my friend and liked what I was doing then because a Tani from north was in power but you don’t like it now, WMT!!! Hypocrite. John Mahama diɛ it is disway chocolate drink that runs through his veins abi? Mmoa!!! 🙄🙄🙄

If you no dey handastan go to court. Herh DJ bɔ me ndwom 👇🏿👇🏿👇🏿👇🏿” A-Plus stated on his social media wall today to send message to NPP folks who are not in line with him.