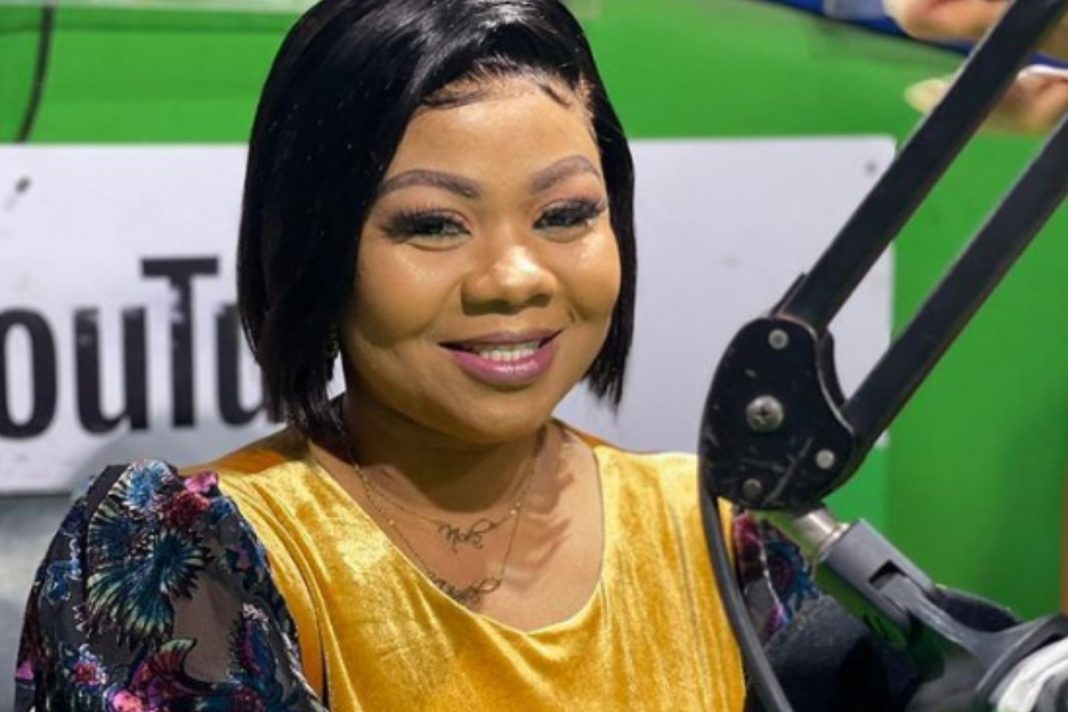 Celebrated Ghanaian gospel musician, Empress Gifty has posed a question to married women on the treatment they will give their husbands after finding out they are having extramarital affairs.

READ ALSO: Medikal And Okese1 Rekindle Their Beef, Subtly Throw Shots At Each Other On Snapchat [Photos]

According to the singer, should any married woman catch their husband having an intimate affair with their best friend, will they continue their wife duties by feeding him when he is angry or ignore him totally.

In most marriages, one of the things married women need to be concerned about is how their husbands relate with other women, especially their friends. In most cases, the best friend of the wife is mostly targeted by the man especially when she appears to be more elegant than his wife.

So many marriages and relationships have been ruined and torn to pieces and taken over by people who were once the best friends of the wife.

Empress Gift has posed a very important question to married women asking if they will continue to fee their husbands after catching them in an affair with their best friends.

Kwadwo Sheldon has been known to be one of the most outspoken social media commentators in Ghana. He has been slammed constantly by some critical thinkers within the digital space for rubbishing the works of musicians with his controversial assertions and remarks.

He is a Satirist who, in a humorous and thought-provoking manner, bares his opinion on events in the country and throughout the world.