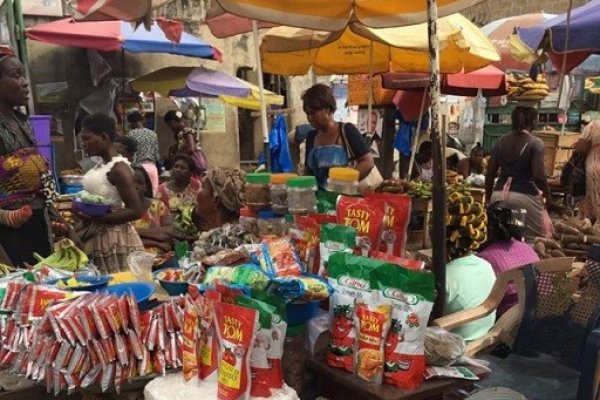 Tema, Dec. 3, GNA – Some traders at the Tema International Trade Exposition Centre (TEXPO) market at Baatsonaa in the Tema West Municipality has called for the face-lifting of the market into an ultra-modern trading centre.

According to the traders whenever it rained, trading activities slowed down due to the marshy nature of the market ground.

The TEXPO market was an initiative by the Tema Metropolitan Assembly (TMA) some decades ago under the then Metropolitan Chief Executive, Nii Armah Ashitey as a platform for business and commerce in the metropolis.

The place which became a weekend farmer’s market gradually turned into the current marketplace where every foodstuff could be purchased by customers.

The Ghana News Agency observed after a rainy day that parts of the markets had become muddy and messy.

Traders who have erected their makeshift structures have placed cement blocks in the water-filled trenches to enable their customers stepped-on them to patronize their wares.

Some of the traders told the GNA that during rainy seasons they found it very difficult to sell their goods as customers do not visit the market due to its muddy state.

Madam Mary Agbodza, a plantain seller at the market said, “it is not difficult to get customers to come and patronize foodstuffs on a normal day, but whenever it rains, it becomes inconvenient for them to visit the market due to the muddy and slippery nature of the place.”

Madam Matilda Kwao, an onion seller, corroborated what the other traders said and pleaded with the central government and the Tema West Municipal Assembly (TWMA) to as a matter of urgency pave the market to boost trade activities there for traders to earn some profits for their living.

Madam Felicia Anku, a consumer, on her part, called on authorities to hear the plea of the traders as she said it was difficult for her to visit the market anytime it rained.

Madam Anku added that when it happened, she use other alternatives such as buying from other markets or buying from petty traders within her community.