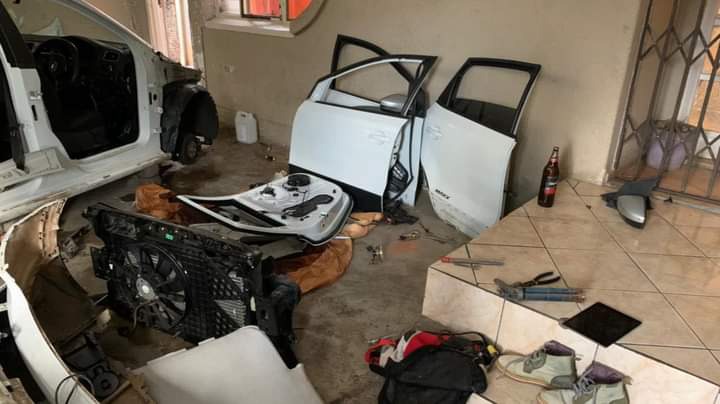 Leticia, after further talks with her husband in Australia, agreed with the agent and decided to have the car change from its Australian origin, Right-hand drive, to Ghanaian way of a Left-hand drive but that didn’t sit well with her as Agent Nathaniel Awuah planned with his partners and snatched the car on 26 October 2021. Nathaniel, the one who had cleared the vehicle on the 18 October, worked alongside with his people and called Leticia to tow the car to a mechanic shop in Obuasi for them to change the steering wheel for her at a reasonable price. 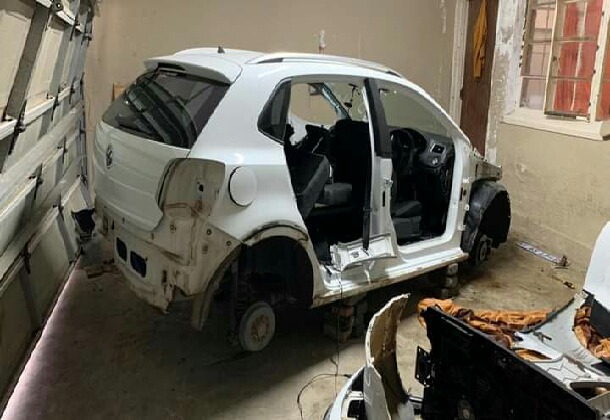 Leticia after looking at the expense bill of towing the car alone from Nkasiem where she lived with her children, decided to allow her brother to drive the car rather from Nkaseim to Obuasi instead of the towing services Nathaniel had planned for her. Julius, the younger brother of Leticia, was near Anwia-Nkwanta on the Dunkwa to Obuasi highway when a Toyota Corolla crossed him. With a machete, two men threatened Julius on Tuesday 26 October before snatching the car from him on the road.

Julius through his sister Leticia reported the incident to the Obuasi Police on the same day of the robbery but the car was never found until last night, when Harry, the husband of Leticia, called Leticia to alert her of a possible location of the car. Harry, before sending the car from Australia where he lives and works, had attached a remote GPS chip to the 1.8-litre turbocharged engine of the car and with that, he was able to detect the longitudinal location of the car. 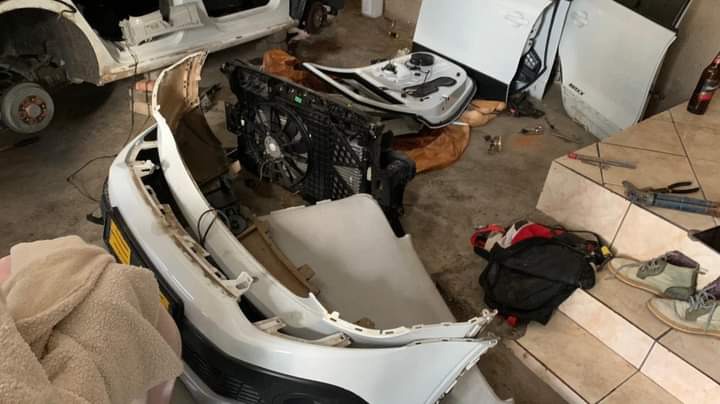 Leticia together with the Obuasi Police was able to use the longitudes Harry had given them and with that, traced the car to Adaase village, a remote settlement within Obuasi municipality. Two men; Nathaniel Awuah the agent who cleared the car at the port and Kwame Abremateng, has been arrested with an ongoing police investigation.

Both men were found dismantling the car when the Obuasi police snooped on them this morning. Nathaniel had argued he had detected the car and was tracing it when the police found him but Kwame Abremateng, one of the hijackers who took the car from Julius, had disputed Nathaniel’s allegations when he tried exempting himself from the robbery. 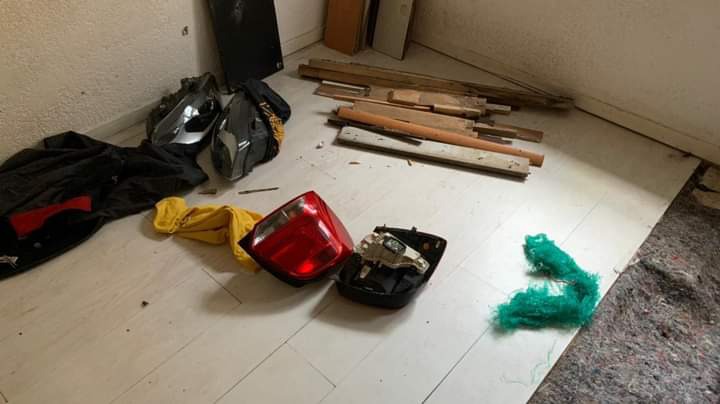 The car was still in the process of being scrapped as the entire body lay on the floor whiles the engine was kept untouched. Though it hasn’t been confirmed, it is presumed the hijackers; Nathaniel and co. were scraping the vehicle to sell in parts rather than as a whole.