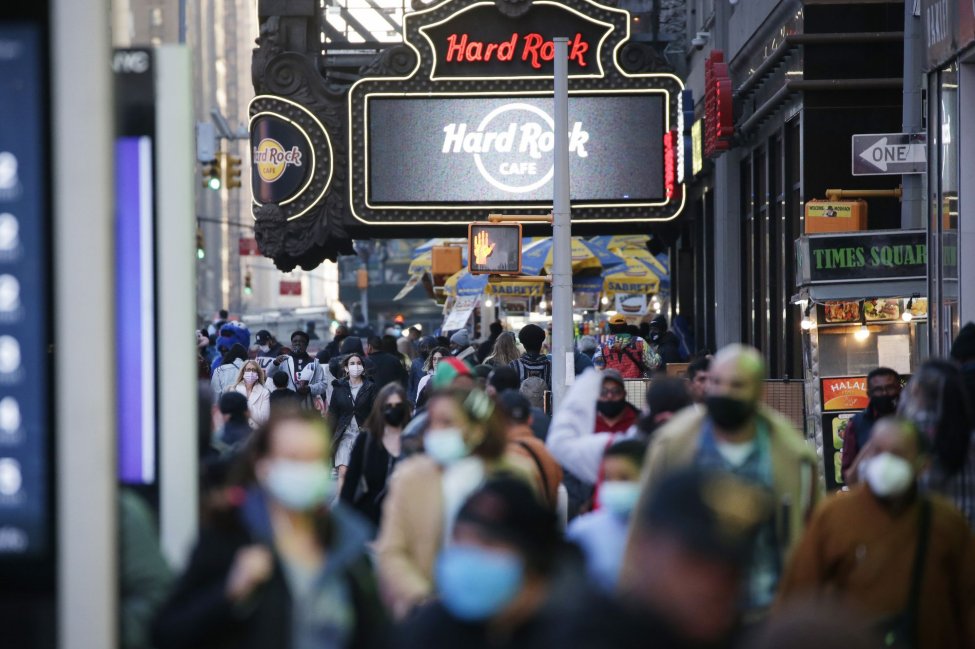 One day after the first case of the Omicron variant of COVID-19 was confirmed in California, five more cases were identified in New York along with two more in Colorado and Minnesota.
File Photo by John Angelillo/UPI
| License Photo

Dec. 2 (UPI) — One day after the first case of the Omicron variant of COVID-19 was confirmed in California, New York reported five cases of the virus while additional cases were identified in Colorado, Minnesota and Hawaii, public health officials said Thursday.

The Suffolk County case was a 67-year-old woman who tested positive on Nov. 30, five days after returning from a trip to South Africa, where scientists first identified the variant. She had at least one dose of a COVID-19 vaccine, health officials said.

“She had symptoms, mild symptoms of a headache and a cough. There is some vaccination history. We don’t know if it’s one vaccination, two or a booster shot. That information will be shared with the public as soon as we receive it, but there’s at least one vaccination involved,” said Hochul.

The vaccination status of the other four cases was not immediately known.

New York City Mayor Bill de Blasio said all five cases “appear to be mild” but encouraged residents to get vaccinated against the virus.

“This is not a time to panic. This is a time to get vaccinated, get boosted and get tested,” he wrote on Twitter.

Earlier Thursday, lab testing in Minnesota confirmed that a COVID-19 case there involved the new variant. It was found in a 22-year-old man who had traveled to New York City last month, according to officials.

“This news is concerning, but it is not a surprise,” Minnesota Gov. Tim Walz said in a press release.

“We know that this virus is highly infectious and moves quickly throughout the world,” he said.

The Minnesota Omicron case involved an adult male who was also fully vaccinated against the virus, according to the state’s Department of Health. He developed mild symptoms on Nov. 22 and sought COVID-19 testing on Nov. 24 — his symptoms have already resolved, officials said.

He reported traveling to New York City and attending the Anime NYC 2021 convention at the Javits Center from Nov. 19-21, they said.

“We still have more to learn about Omicron, but the most important thing we can do right now is to use the tools we have available to make it as hard as possible for this virus to spread,” Minnesota Commissioner of Health Jan Malcolm said in a press release.

“In addition to vaccination and boosters, we can slow the spread of this variant and all COVID-19 variants by using the tried-and-true prevention methods of wearing masks, staying home when sick and getting tested when appropriate,” she said.

De Blasio’s office encouraged attendees at the convention to get tested “as soon as possible.”

Minnesota epidemiologists will continue to investigate in collaboration with New York City and the Centers for Disease Control and Prevention, officials said.

“CDC has been actively monitoring and preparing for this variant [and] we have been working closely with Minnesota’s Department of Health,” CDC Director Dr. Rochelle Walensky said in a statement.

“CDC has expanded its capacity for genomic sequencing over the past nine months and we have more tools to fight the variant than we had at this time last year from vaccines to boosters to the prevention strategies that we know work,” she said.

The Colorado Department of Public Health and Environment confirmed its first Omicron case in a fully-vaccinated adult woman who had recently traveled to South Africa — where scientists first identified the variant — for tourism.

“She is experiencing minor symptoms and is isolated and recuperating at home,” the agency said.

CDPHE added that the woman was eligible for a booster shot but had not received it yet.

The agency and the Tri-County Health Department flagged the positive test result for further study due to the woman’s travel history.

People who were in close contact with the patient in Colorado tested negative for the virus, the agency said.

The Hawaii Department of Health confirmed its first Omicron infection in an unvaccinated O’ahu resident who was suffering from mild symptoms. The unidentified patient had previously contracted COVID-19.

The department said the patient had no history of travel.

“This is a case of community spread,” it said.

State health officials had identified the specimen with a molecular clue indicating it might be Omicron on Monday with the state’s laboratories devision confirming it as the new variant Thursday by performing expedited whole genome sequencing, the department said.

Omicron was first found in South Africa in November. Officials there said the variant has fueled an “exponential” increase in COVID-19 cases in the country in recent weeks.

The variant has 32 genetic mutations to the spike protein, which is the target of currently available vaccines against the virus, meaning the shots could be less effective at preventing infection, experts say.

While Omicron has been classified as a “variant of concern” by the World Health Organization, scientists are still working to determine how it may compare with the Delta variant, which is currently the predominant strain in the United States in terms of transmissibility and disease severity.