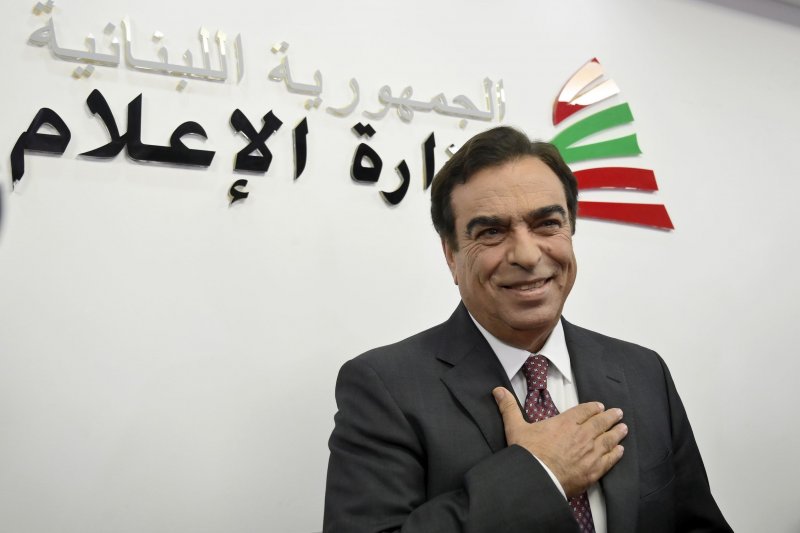 Lebanese information minister George Kordahi speaks to reporters Friday to announce his resignation from the post, largely due to fallout over critical remarks he made toward Saudi Arabia a few weeks ago. Photo by Wael Hamzeh/EPA-EFE

Dec. 3 (UPI) — Lebanon’s information minister, who agitated Saudi Arabia with critical remarks a few weeks ago, resigned from his post on Friday in a bid to repair relations with Riyadh and improve Lebanon’s dire economic crisis.

Kordahi, a popular former Lebanese game show host, made the critical remarks before he was appointed as Beirut’s information minister. But he later spent weeks in the post and refused to resign over the comments, which some observers said only prolonged the crisis. 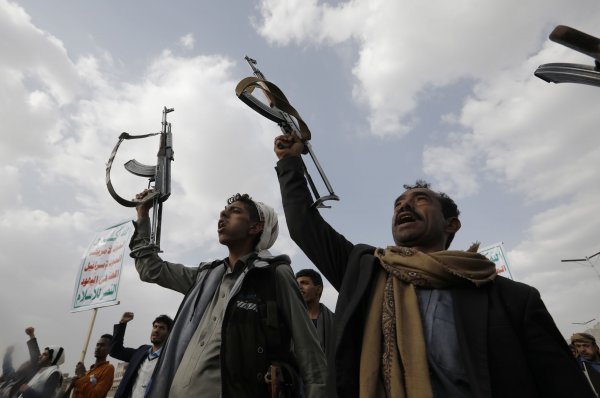 Houthi rebels participate in a rally against the Saudi-led civil war in Yemen on August 8. Saudi Arabia has supported the Yemeni government in its conflict with Houthi rebels. File Photo by Yahya Arhab/EPA-EFE

“I won’t accept being used as a reason to harm Lebanon and our Lebanese brothers in Saudi Arabia and other Gulf countries,” Kordahi said Friday, according to Al Jazeera.

In Kordahi’s critical remarks, he described the seven-year civil war in Yemen between Iran-backed Houthi rebels and the Saudi-led pro-government coalition as “futile.”

Kordahi’s comments in October were met with anger in Riyadh and Saudi officials immediately responded by recalling its ambassador from Beirut and banning all Lebanese imports. The response was supported by Bahrain, Kuwait and the United Arab Emirates, which only compounded Beirut’s predicament.

Macron began a Gulf tour on Friday and will visit Qatar, Saudia Arabia and the UAE.

It wasn’t immediately clear who would succeed Kordahi in the post.