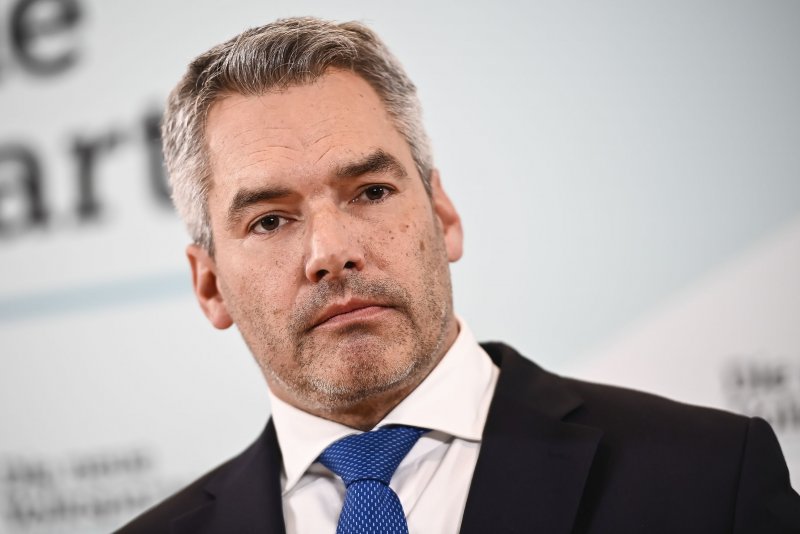 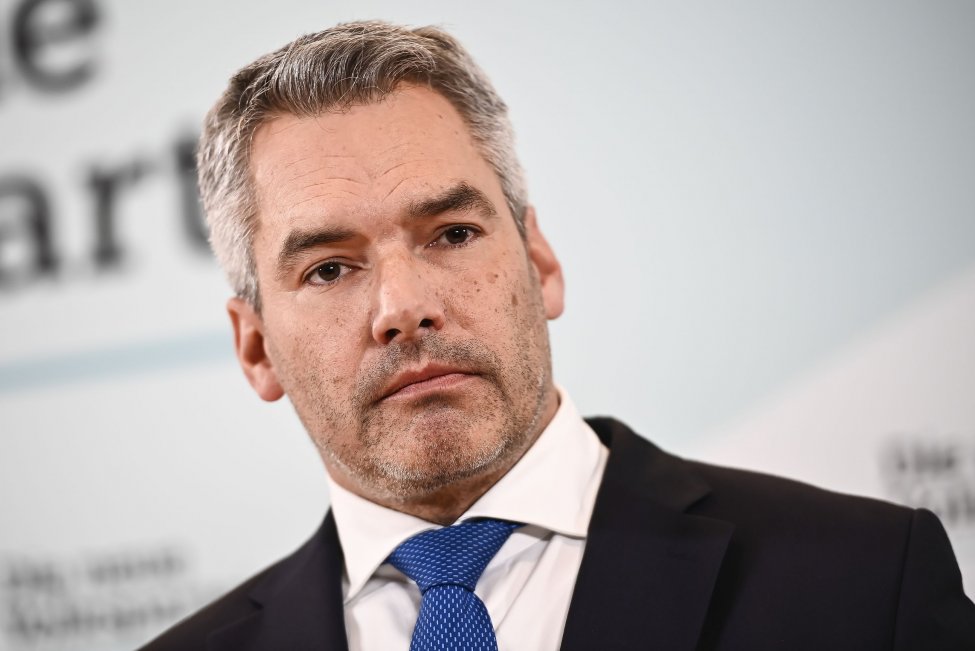 Austrian interior minister Karl Nehammer, the new leader of the Austrian Peoples Party and designated chancellor, speaks during a press conference in Vienna, Austria, on Friday. Photo by Christian Bruna/EPA-EFE

Interior minister Karl Nehammer said he’s been nominated to take over as leader of the conservative People’s Party, putting him in line to become the country’s next chancellor.

The move to nominate Nehammer came after Chancellor Alexander Schallenberg abruptly resigned on Thursday. Schallenberg’s resignation was a direct result of another former chancellor and party leader, Sebastian Kurz, announcing that he’s getting out of politics altogether.

Schallenberg, a long-time ally of Kurz’s, said Thursday that he never intended to become the leader of the People’s Party (OVP).

Kurz, 35, resigned in October amid a criminal corruption investigation over a purported influence-buying scandal.

Schallenberg’s departure led to a flurry of resignations, including those of finance minister Gernot Blumel and education minister Heinz Fasmann. The new interior minister will be Gerhard Karner.

Nehammer served in the army for several years prior to becoming a communications adviser in the party. He entered politics in 2017 and became interior minister in 2020.

Austria has had five permanent chancellors in the post and two acting chancellors since 2016. Only one, Technocrat Brigitte Bierlein, was from a party other than the OVP.