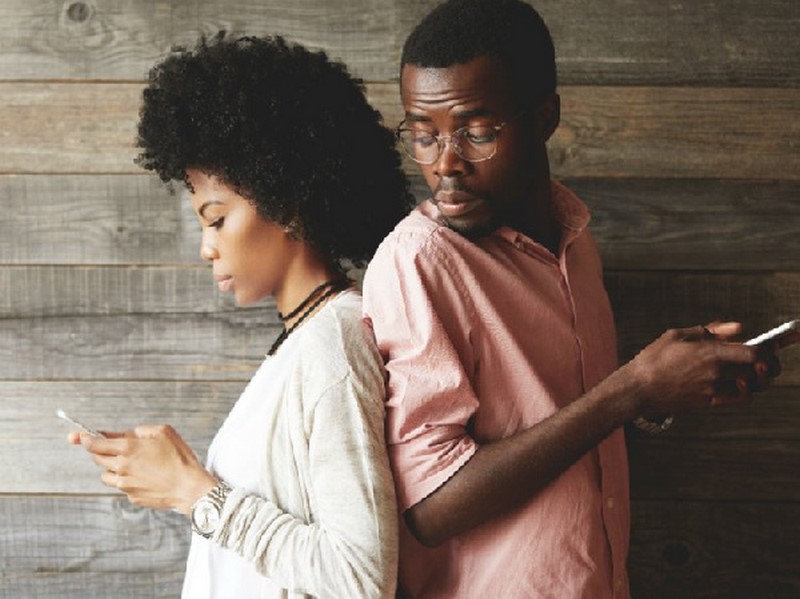 It can be challenging to determine what to do when he stops calling and texting.

When it comes to dating, one of the most discouraging things is when you’re seeing a man who suddenly and seemingly out of nowhere vanishes.

Maybe he stops texting. Maybe he promises to call you and then doesn’t. When a guy doesn’t call or text you back, it can drive you crazy.

You’ll be left wondering why your guy has stopped communicating with you. The confident part of your brain wishes to believe something unavoidable (but not dangerous) occurred like his phone died or he’s truly overwhelmed at work and busy with things he can’t control.

Or maybe your own phone is broken and your text simply didn’t go through, so he’s been trying to call you without you knowing it.

Then there’s that miserable part of your brain that envisions the outright worst possible outcomes, causing feelings of rejection to surface.

What does it mean when a guy stops texting and calling you?

Guys stop communicating for a number of reasons.

Maybe his attention has strayed elsewhere, maybe he’s scared of things getting serious, or maybe he’s just still not over his ex.

When a guy stops texting and calling you, it usually says more about him than it does about you. But sometimes, guys will retreat if you play hard-to-get for too long and put him in a position where he is always pursuing you and left unsure about how you feel about him. Men like to chase, but only for so long.

Or, you could have said something that was off-putting to him and he doesn’t know how to confront you about it.

So, how should you deal with this vanishing man? Exactly what should you do when he goes silent?

Follow these tips on what to do when he stops calling and texting you.

1. Stop yourself from bombarding him with messages.

When somebody isn’t responding to you, the absolute worst thing you can do is bombard them with your own messages. It’s the easiest and fastest means to push someone away.

I know how irritating it is to go without feedback; however, do not begin sending a bunch of texts or calling, Be sure to also avoid sending DMs on Facebook, Instagram, Snapchat or any other social media on which you’re connected. If you leave a voice message, you might come off as needy or creepy.

And do not text his friends to see if he’s with them. That only looks desperate (and makes you seem a little crazy).

The three-Day Rule is usually used after the first date, but it can be put into action at any time during a relationship or situationship.

Simply take a three-day break from texting and calling him to see if he might initiate conversation. You can do this when he’s stopped communicating to give him time to come back. Equal effort in communication is good for the relationship.

If he hasn’t responded to your text in three days or if he said he would call and never ever did, shoot him an easy, casual, playful text.

Stay casual about it. If you send out a mad, demanding text, he’s definitely not going to answer.

And I would personally drop it altogether if you don’t get a response after the second time you try.

3. If possible, reach out in person

Casually try to see him in person, where you’ll be able to feel his vibe. Plus, it will give you the opportunity to dress to impress and ignite his attention.

Men tend to be visual creatures (as are women, but we don’t need to go there right now), and sometimes they need a friendly reminder of how fantastic you are.

You’ll know something is up if he acts unusual or is really avoidant when he actually lays eyes on you.

4. Be careful about who you complain to

I understand this whole scenario is most likely making you upset and really mad. Just be careful about who you complain to.

I wouldn’t complain to any mutual friends you have with this person because they can easily go back and inform them what you stated or, even worse, make things more dramatic and make you seem crazy.

Vent to your own family members or friends who you know you can trust, but don’t let too many people know you’re upset.

5. Avoid writing about it on social media

Again, you don’t want this to be a public affair. It’s between you and this person and it’s no one else’s business.

Avoid sub-tweeting nasty remarks or making subtle vague-booking Facebook statuses that are obviously about him and the situation.

You may believe doing that will capture his attention and send a signal to him to call or text you, but it will more certainly make you look immature and annoying — and turn him off completely.

6. Don’t wait around for him

When a guy’s blowing you off, I understand how easy it is to obsess as you wait anxiously for any possible text or message from this man. But whatever you do, don’t bother waiting for him.

Don’t spend your days sitting near the phone desperately waiting for his phone calls, ready to pick up the phone before the first ring. Live your life, and try to put him in the back of your mind.

7. Move on and cut your losses

If he never ever reacts to anything you do, seriously, just forget him and move on.

Giving him no attention and doing your own thing will offer a much better message than sending him a long text explaining why he’s a dirtbag.

And if he’s not going to respect you enough to answer you, he’s unworthy of your time at all.

Those are your options of what to do when he goes silent. When he suddenly stops contacting you, you have to keep your dignity and self-respect. If he really has gone ghost, it’s his loss.