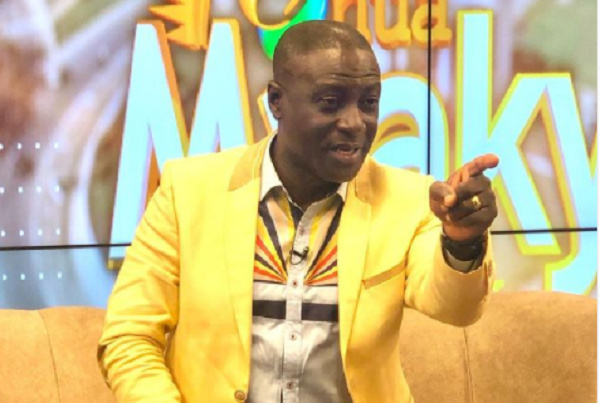 The Ghana Independent Broadcasters Association (GIBA), Thursday, asked the Management of Onua FM to furnish it with the audio recordings of the “inciteful” utterances made by its presenter, Captain Smart (Blessed Godsbrain Smart), for which he has been arrested.

“We have asked to receive copies of sound bites of the exact thing that was said. But it is unfortunate because this is not the direction the industry and our members are to go,” said GIBA President, Cecil Sunkwa-Mills in an interview with the Ghana News Agency.

GIBA, he said, would work with stakeholders to ensure that, “we do not push the boundary of the freedom of the press. And so, we should be responsible with the microphone when we speak to thousands of people”.

He explained that the request was made during a meeting between the Association and the subsidiary of Media General Ghana limited over the letter of caution sent to the Accra-based radio station by the National Media Commission (NMC).

In the absence of the broadcaster in question, he said the audio would help the association have more details to understand and take a position on the matter based on its ethics, legal and regulatory framework.

The NMC in a letter cautioned the management of Onua FM, urging it to guard against content that undermines the security and peace of the nation.

In the letter signed by the Executive Secretary, George Sarpong, the NMC condemned a recent broadcast by Captain Smart, saying he called for an insurrection against the state of Ghana and its institutions.

“We are particularly concerned about a recent broadcast in which ‘Captain Smart’ calls for insurrection against the state of Ghana and its institutions,” it said.

“This, by all standards, crosses the line of robust and critical broadcasting and transforms your radio station into a megaphone of war”.

The Commission said it decided not to take regulatory action against the radio station because much of its content was within the professional standard practice and it could therefore regulate itself.

“While that particular broadcast, without more, constitutes adequate grounds for regulatory action, we still retain the belief that given the chance, management could take steps to bring your content unto a level of professional acceptability.

“We are fortified in this belief by the fact that considerable parts of your other broadcast, including the news, offer that hope,” the NMC said.

It advised the station to continually exercise the required professional caution in their interest.

Meanwhile, information available to the Ghana News Agency indicates that Captain Smart was picked by the National Intelligence Bureau and had been handed over to the Nima Divisional Police Command.