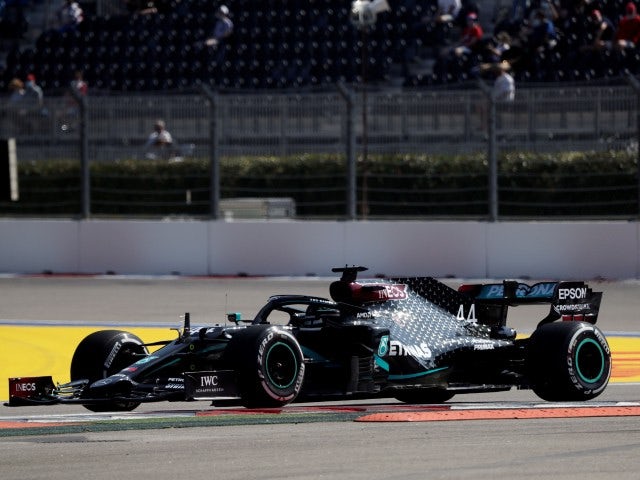 Viewers on DStv can look forward to the 21st round of the 2021 Formula 1 World Championship, the Saudi Arabian Grand Prix, live from the Jeddah Street Circuit on the evening of Sunday 5 December 2021.

Seven-time World Champion Lewis Hamilton continued his brilliant form in the previous round in Qatar in November, claiming a second successive victory to narrow the gap to Drivers’ Championship leader Max Verstappen to just eight points with two rounds remaining.

The Constructors’ Championship is even tighter, with leaders Mercedes holding only a five-point advantage over Red Bull Racing-Honda, with the teams becoming ever more hostile as the thrilling 2021 campaign draws to a close over there next two races in the Middle East.

Hamilton has called on himself and Mercedes to bring their “AAA game” for the final two rounds of the season in an effort to clinch both titles on offer. The British driver is hoping to become the first to secure eight world championships (he currently shares the record of seven with the great Michael Schumacher).

“I love the close battle and the pressure, the demands it puts on you and the whole team,” Hamilton explained. “I’ve thoroughly enjoyed it but these next two races need even better performance, so we will be bringing our AAA game for those ones.”

He added, “The last two weeks have been fantastic, it’s just amazing, and there is no time for celebrations. It’s back in, I’ll be back with the team already again next week and back in training tomorrow just staying on it, head down.

“I don’t really have too much emotion because I’m just driven right now, but it is amazing, to be able to close back so many points in these last two races has been important.”

Mercedes team boss Toto Wolff has warned that the ‘Silver Arrows’ are bang in form and determined to claim success: “Saudi should be a good track for us, but we know this year when you think it’s a good one it can turn the other way around,” he explained.

“But it’s a long straight, we’ll get our spicy equipment (engine) out for Saudi Arabia that we didn’t use (in Qatar) and hopefully Valtteri (Bottas) is right up there – we need him. But in any case, if everyone finishes the race it will go to Abu Dhabi (the final round).”

Asked if the Mercedes package is currently the best it has been all season, Wolff replied: “Yes, definitely. I think the car is quick on the straight and good around the corners. Degradation works fine – even at races in the Middle East and we have two to come of these – on old tyres. I think we have to push maximum attack. We have to catch up, make some points up and that’s just what we are going to do.”

No rival can compete with SuperSport’s coverage. Our viewers on DStv can see all the action from the fastest sport in the world on their Channel of Champions.