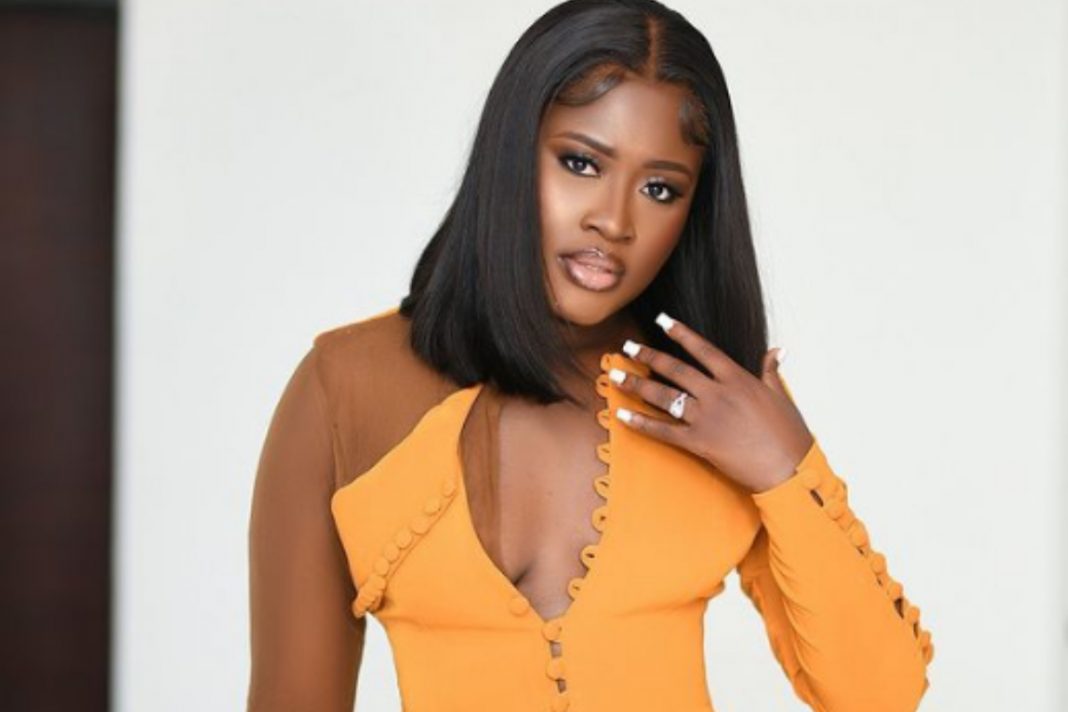 Ghanaian actress and entrepreneur, Precious Frimpongm, well known as Fella Makafui has finally unveiled the supposed lady who stole from her, gives her an ultimatum of one week to pay back the money.

READ ALSO: “The Only Places Ghanaian Musicians Can Fill Are Baba Yara And Ohene Gyan Stadium, Not O2 Arena”-Fan Asserts

It would be vividly recalled that Fella Makafui threatened to expose two ladies she claims stole money from her and have refused to pay back. She called out the ladies, asking for them to return her money before she loses her cool.

Fella Makafui, who appeared irritated, further added that there is a difference between her giving someone money and them taking it from her without her knowledge and that she will expose these females if they refuse to follow her directives.

Just as she said, Fella Makafui has exposed the lady on social media as she shares a photo of the young beautiful lady that stole her money. She gave her an ultimatum of a week to return what has been stolen from her, else, she will continue to post her pictures and disgrace her on social media until she gets what is being owed to her.

See the photo of the lady below:

Meanwhile, controversial Ghanaian Entertainment pundit, Mr. Logic has opinionated that it was pointless for Rock Dawuni, a two-times Grammy nominee to explain the requirement for one to be tagged as a Grammy Nominee.

Recall, Rocky Dawuni while speaking in an interview on Citi TV added to our perspective of what it takes to be a Grammy nominee. There are contrasts, according to the two-time Grammy Award nominee, between receiving a nomination and appearing on a Grammy-nominated song.

The Recording Academy, he claims, has listed the conditions for becoming a Grammy nominee on its website. As a result, we cannot make our own rules and assume that an artist who appears on a Grammy-nominated project is a nominee.