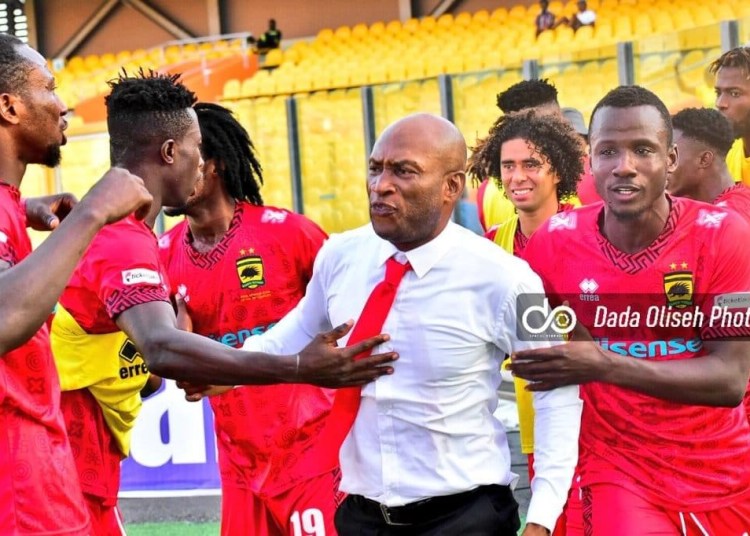 The Porcupine Warrior are enjoying a good start to the 2021/22 Ghana Premier League campaign, recording four wins and a draw.

Speaking on the Ultimate Sports Show on Asempa FM, the head coach of Kenpong Football Academy lauded the club for their fine start to the season but advised the playing body and the technical team to stay focused.

“The players are performing well, Kotoko is a very strong side hence, every opponent will play with every bit of seriousness,” he said.

The former Sudan gaffer also said the team shouldn’t be thrilled with their current performance and lose sight of their opponent’s strength to attack them.

“The team at the moment needs to take every match seriously. You win a game as it comes but complacency should not set in,” he advised.

Kotoko sits top of the league with 13 points.

The Porcupine Warriors will be hoping to keep their fine start when they host King Faisal in the matchday six games at the Baba Yara Stadium on Sunday.