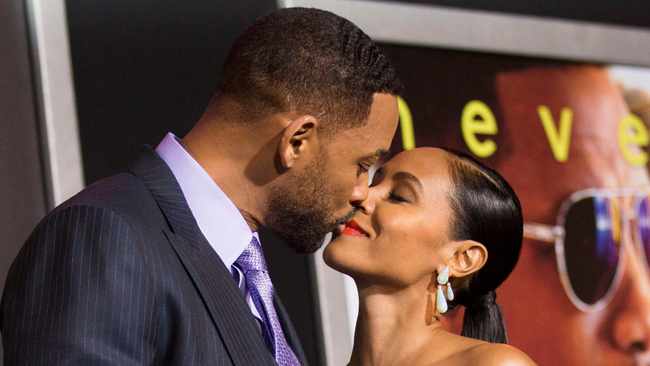 One’s sex life is meant to be a private affair.

For most people, sex is a topic they would rather not talk about. Not even to the person they are doing it with.

There are some people who can barely get the word sex out of their mouths without blushing.

Even though sex has become less of a taboo subject it still doesn’t mean that people should be sharing every detail of what happens in their bedroom.

However Jada Pinkett-Smith and husband Will Smith can’t seem to stop talking their sex lives.

Over the past we’ve learnt so much, too much, about this couple’s sex life that even we could write a book about it.

The Bad Boys star has revealed a few disturbing aspects of their private lives in his new memoir Will.

No one needed to know that he used to “gag” and even “vomit” after sex. Did we really need to know that Pinkett-Smith finds it “hard” to maintain a good sex life with her husband?

Every week the couple manage to make headlines and people have had enough of.

So much so that people are now pleading for the media to stop interviewing or reporting on it.

According to CNN Entertainment a petition asking reporters to stop interviewing the couple has already gathered more than 2 500 signatures.

The petition that was started on November 26 by user user Dexter Morales, is hosted on the Change.org site.

The petition is simply captioned: “Stop interviewing Will and Jada Smith!”

While Morales did not reveal his motivation for starting the petition, signatories expressed their frustration at the celebrity couple’s tendency to disclose intimate details of their private lives.

One user commented, “everything i learn about this couple is against my will. free us,” while another said “It’s honestly too much. Celebrities don’t usually share more information than we’d wanna know, but these two are an exception. They need to sidestep the limelight for a bit.”